Estonia Wildlife: A Guide To The Top Places That Are Perfect For The Wildlife Lover In You 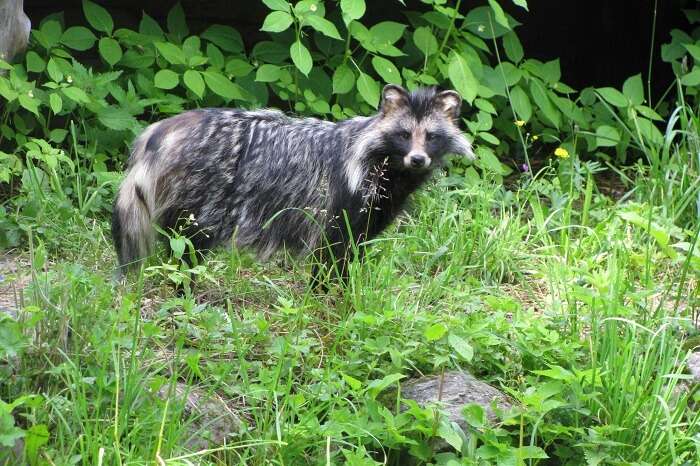 Estonia entices those bitten by the travel bug, not just with its charming cities and historical treasures, but also its abundant and untamed wilderness that makes it a haven for nature lovers. With more than half of the country covered with woods and forests, Estonia nature and wildlife are just as alluring and amazing as all other experiences offered by this beautiful country. As the land gladly meets the sea here, it is blessed with unbelievably breathtaking scenery on the mainland as well as its pristine islands rich in biodiversity. Long stretches of bogs interspersed with virgin forests, meandering rivers, and sparkling lakes are home to an unmatched variety of rare & exotic flora and fauna. The unique and well-preserved natural lands of the country allow myriad animals and birds to make it their home, leading to such a rich & diverse Estonia wildlife.

Well aware of its endowments, the country has established five national parks and almost a hundred preserved areas where animals thrive in their natural habitats. The temperate climate of the country invites thousands of rare migratory birds to its shores every year. Whether you choose to hike through the forests and swamps for a rendezvous with Estonia wildlife or visit the well-maintained zoos and nature parks for a closer look, we assure you’d have a rewarding vacation in this dreamland. Here’s a little guide on the variety of birds and animals found in the country and the best places to spot them.

Animal activity in the wild is largely dependent on season hence it is a good idea to choose the right time of the year for your Estonia wildlife wanderings to ensure good sightings. Though zoos allow us the privilege to view animals & birds at close quarters, it is the forest, wetlands and swamps that hold the real charm of witnessing wildlife. Spring and autumn are the best time for viewing most of the animals like bears, moose, lynxes and wolves which hibernate or stay away in the deep forests during the winters or harsh summers. The flying squirrels on the other hand are usually spotted between May and August.

Suggested Read: Experience Estonia Nightlife At Its Best By Visiting These 15 Places

Even while the wildlife is dwindling in most countries across the world, Estonian forests are teeming with some of the most iconic animals of Europe like the brown bear, lynx, elk and moose. It is also consider the ‘birdiest’ countries in the world for its huge variety and numbers of avian visitors.

Image Source
As many as 60 different types of mammals make up Estonia wildlife, from the enviable number of brown bears to the majestic moose, elk, lynx, wolves, and beavers. Then there are hordes of wild boars as well as otters to be spotted in the wild too.

Suggested Read: 10 Amazing Hostels In Estonia To Stay At On Your Northern Europe Sojourn

Image Source
Estonia is probably the only European country other than Sweden where you have the chance to witness the rare and elusive Siberian flying squirrel. These nocturnal animals are usually spotted at night and are one of the greatest treasures of Estonia wildlife.

Image Source
Adding another feather to the cap of rich Estonia wildlife are the more than 170 species of breeding birds as well myriad migrating visitors to the country. With its lush swamps and wetlands, the country is one of the best places in the world for bird watching. Estonia’s avian inhabitants include some of Europe’s and world’s most spectacular & rare birds like the White-tailed and Lesser Spotted Eagles, Great Snipes, White and Black Storks, lekking Black Grouse and black-tailed Godwit among others.

Suggested Read: 12 Fascinating Things To Do In Estonia All Year Round

The well-preserved national parks are undoubtedly some of the best regions for spotting Estonia wildlife with their range of landscapes and habitats. However for those looking for a quick and convenient getaway for wildlife viewing the numerous zoos, animal parks and farms close to most urban areas is a great option for witnessing the diverse Estonia wildlife. For nature enthusiasts and serious animal gazers some excellent Estonia wildlife tours with experts are the best option for a rewarding experience.

Image Source
This lovely park is one of the best places to soak in the beautiful nature and witness native Estonia wildlife at leisure with the entire family. Well-maintained and managed by a very friendly staff, the park allows you to view foxes, roe deer, a bear, lynxes, elks and bison. There is a nice boardwalk trail in the woods to watch beavers and visit the viewing platform at the lake for watching the rich bird kingdom of the park. The kids will absolutely love this quiet and beautiful abode of the wild animals and birds.

Image Source
Tucked away in the beautiful Veskimetsa Park forest, Tallinn zoo boasts of an impressive range of wild animals with as many as 13000 inhabitants from 600 species. It is not just a great place to get up-close with the diverse Estonia wildlife but also exotic and interesting animals from the world over. The zoo also has a remarkable collection of avian species with lots of eagles, vultures, owls and storks. Since the zoo is huge, it’s a good idea to start early and keep aside couple of hours for your rendezvous with the wild and beautiful!

Must Read: 11 Popular Estonia Beaches For A Refreshing Beach Vacation

Image Source
Blessed with the entire range of habitats and natural ecosystems, the national parks and preserved areas in the country are home to abundant Estonia wildlife. While Lahemaa national park allows you to view wolves, lynxes and bears, Soomaa national park is well known for its Beaver Trail along with numerous other animals. Matsalu national park is one of the top spots in Europe for bird watching, with over 250 bird species and myriad migratory birds making it their home. There are watchtowers and well-established trails for the same. Hiiumaa island is home to the rare European mink while Endla nature reserve is a bird paradise.

One of the most exciting activities for those aiming to witness the impressive Estonia wildlife is heading out on a bear watching tour in the famous taiga forest of Alutaguse region in the north-east. More than half of the country’s almost 700 brown bears roam around in this area, making it a great place for spotting some. Best season for witnessing bears is between April and July when they wake up from hibernation, and also Autumn when bears store the ripe berries and can be spotted easily. In spring and early summers, visitors can witness mother bear with her newborn cubs which is a fascinating sight.

Suggested Read: 10 Best Places To Visit In Estonia For Seeking The Ultimate Adventure!

This small yet well-maintained park gives an opportunity to visitors for observing Estonia wildlife in their natural habitat without having to explore forests and nature trails looking for them. Along with the adorable bears, Alaveski Animal Park has a diverse range of 90 different animals and pheasants. You can view lynxes, raccoons, badgers, European deer, moese and variety of birds as well. The knowledgeable guide makes the entire experience more educative and interesting with his insights. The kids will surely love a walk through this cool animal park and their rendezvous with wildlife.

Some Facts About Estonia Wildlife

Further Read: Winter In Estonia: 11 Amazing Places That Will Leave You Awestruck In No Time!

With such an impressive variety and abundance of wild animals & birds inhabiting its forests and wetlands, Estonia beckons wildlife enthusiasts for an unforgettable tryst with the furry and feathered friends. So, deep keep the traveler in you waiting. Just plan your trip to Europe with TravelTriangle and head out for an adventure of a lifetime!

Q. Which months are the best to see Estonia wildlife attractions?

A. The wildlife enthusiast must visit Estonia from June to September to see wildlife in Estonia. These are pleasant months and you can see its fauna in their natural habitat.

Q. Can a solo woman tourist can take a wildlife tour in Estonia?

A. Yes, Estonia is a tourist-friendly nation in the northern parts of Europe. A solo woman tourist must visit here in an all-inclusive Estonia wildlife tour package. This will include an English-speaking local guide too.

Q. Are there any threats from the wild animal’s present in Estonia?

A. Yes, the wild wolves of Estonia are man-eaters. It is advisable to come under an organized wild tour in Estonia. You must camp and hike at permissible paces in the National Parks present in Estonia.

Q. What are the important things to pack to see the wildlife attraction in Estonia?

A. You must pack binoculars, hiking shoes, photo cameras, or video cameras, insect repellants and the map of the National Park or the Natural Reserve area you are going to see the wildlife.

Q. What clothing is necessary to bring for the Estonia wild tour?

A. Summer season is mild and winter is too cold in Estonia. It is advisable to carry cotton clothing while in summer. You must wear woolen and jeans clothing during the winter.

Q. Is Estonia a bird-watching destination in Europe?

A. Yes, you must visit Haeska, Matsalu National Park, and Kabli to see different types of colorful bird species, which are native of Europe and the migratory birds.

Is Estonia a safe place to take a wild tour in Europe?

A. Yes, you must book an organized wild tour or an all-inclusive wild tour package of Estonia. This will include your local transit, hotel stay, food, and a local guide.