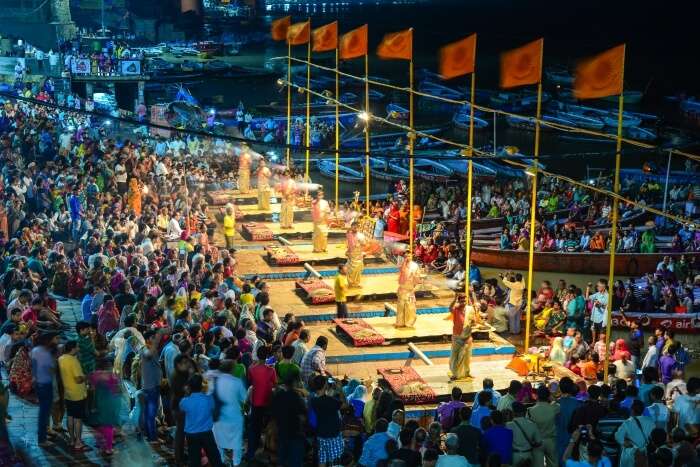 Festivals bring people together, narrating the tales and exhibiting the culture. June is indeed a hot month in the country, so these festivals in June will make your summer chill. While some of them like Rath Yatra, Ganga Dussehra and Ramadan have their own deep spiritual meaning and legends; there are some festivals introduced for fun, like the much-awaited International Mango Festival in Delhi.

This list will be your guide telling you about all the tourist information you may seek, such as where the festival is celebrated and when is it scheduled for this year. Here is the list of festivals in June 2021:

The capital of Himachal Pradesh, Shimla turns more buzzing with the arrival of its annual summer festival. During this time of the year, the city experiences an influx of tourists, making the event more successful. There’s folk music, dance, shows and other such events to keep the attendees amused. The Shimla Summer Festival is being celebrated since 60’s, and the enthusiasm hasn’t faded since then. It is one of the most popular Hindu festivals in June and certainly one of the best festivals in June in India.

2021 dates: First week of June. Exact dates are yet to be announced.

Must Read: 25 Stunningly Colorful Festivals Of Rajasthan That You Should Not Miss In 2021

A month long festival, Saga Dawa holds special significance in Buddhism, especially Tibetan and Mahayana Buddhists in Sikkim. Different rituals are performed in the monasteries of this state and there are full moon days, representing the birth, enlightenment and death of Gautam Buddha. As a remembrance of Buddha, monks and people light up butterlamps, and it is believed that these butterlamps act as a guiding light to the devotees who feel lost in the way.

Tsuklakhang Monastery, one of the top places to visit in Sikkim, serves as the starting point for grand processions lead by the monks, who chant prayers along the way. This is one of the festivals of June in India for those who wish to get an insight to Buddhism and that too with mesmerizing backdrop. It is one of the most famous Hindu festivals in June.

2021 dates: First week of June. Exact dates are yet to be announced.

Suggested Read: 10 Festivals Of Punjab You Must Experience In 2021 To Get The Real Essence Of The Rich Culture

A significant festival for the followers of Island, Ramadan means a month-long fasting (feasting just once, called Iftar) which begins in May and concludes with the grand celebration of Eid ul-Fitr in June. During this time of the year, the streets of India are decked up and you get to taste some of the most delicious meat dishes and biryanis. This is among the festivals in June in India which are celebrated all across the country, but there are some places where you’ll see the festival in full swing; such as Old Delhi, and Lucknow, Kozhikode (Kerala), Hyderabad. It is one of the most renowned Hindu festivals in June.

Where: All across the country

Sindhu Darshan Festival is celebrated for three days in June, amidst the scenic mountainscape of Ladakh, on the banks of Indus River (Aka Sindhu River). It’s being celebrated since 1997, and our list of list of festivals in June would be incomplete without mentioning this one. As people bring water from the rivers of their states to further immerse in Indus; we can say there is no better representation of cultural harmony of the country. It is one of the best festivals in June 2019.

Suggested Read: 15 Vibrant Sikkim Festivals To Enjoy On A Vacation In 2021

Celebrating the menstruation (yes, you read that) of Goddess Kamakhya, Ambubachi is not just another festivals in June in India. Though the main temple stays shut for three days, during which the devotees indulge in prayers and farming. On the fourth day, when the door opens, the idol is bathed before letting devotees enter for darshans. The spring water is offered as a form of blessing. Not just the devotees, saints from different parts of India come over and perform rituals. It is one of the most amazing festivals in June 2019 India.

Where: Guwahati in Assam

Suggested Read: 12 Amazing Festivals In Andhra Pradesh That No Traveler Would Want To Miss In 2021

Sao Joao Feast of St John the Baptist has so many highlights it gives another strong reason to visit Goa. The festival is celebrated through community dances and even grabbing feni from the ponds and streams by diving in. As the name suggests, the festival is dedicated to St John the Baptist, and is complemented with vibrantly-colored clothes, feni and so much more. Even the boats are decorated by local community to make everything look beautiful. With that being said, we can say that booking Goa tour packages in off season has its own advantage as well. It is one of the best religious festivals in June.

Suggested Read: 15 Popular Winter Festivals In India You Must Attend

7. Feast Of St Peter And Paul

Celebrated primarily by the fisherman community of Goa, Feast of St Peter and Paul is also known as Festival of the Solemnity of Saints Peter and Paul. The people celebrate monsoon arrival and bravery of the saints through dances, song and various shows performed on river banks. The river by St. Peter’s Chapel is used as a mode to carry boats with idols; this represents a part of Sangodd tradition. Of all the festivals in June month, this is one that you must be a part of at least once in your life.

Suggested Read: 17 Festivals In Karnataka That Will Give You A Glimpse Into Its Vibrant Culture In 2021

As summer arrives, mango lovers lose their calm; and Delhi is doing a good job in rewarding them with the yearly mango festival. Surely, there will be every kind of mangoes imaginable awaiting you, so make sure you go empty stomach to feast as much as you please. This not just about mangoes there are mango eating contests, music and dance performances held to make your time even more unforgettable. Hands down, as mango lovers we can state that this will be one of the most awaited festivals in June 2021.

Suggested Read: 10 Festivals In Jammu And Kashmir: A Peek Into The Rich Kashmiri Culture (2021)

According to mythology, Gangavataran, or Ganga Dussehra, is said to be the day when Goddess Ganga came down to Earth from heaven. She decided to do so, to grant years-long prayers of Saint Bhagirath. The festival is celebrated for ten days and the concluding day is called Shukla Dashami.

Sages and saints bathe in the holy river water, chanting mantras dedicated to the goddess. As per the legends worshipping Goddess Ganga during the festival allows oneself to get rid of ten sins. This is among the best festivals in June in India meant for spiritual people and those who seek a glimpse of true Hindu culture.

Suggested Read: 7 Festivals Of Tamil Nadu That’ll Take You Close To The Traditions Of The State In 2021

The Puri Rath Yatra is among the most-awaited Hindu festivals in June. Celebrated in one of four ‘Chardham’ pilgrimage spots in the country (Jagannath Temple), the festival is about colorful processions of the Hindu deities, placed on chariots. The procession starts from Jagannath Temple, carry idols of Lord Jagannath with his siblings Subhadra and Balabhadra; and later concludes in the Gundicha Temple. Along the route, devotees and saints gather to chant and sing praising the almighty.

This year the festival is falling in July, however, the dates may vary yearly (taking place in June or July).

Further Read: 36 Most Famous Festivals Of India You Must Experience In 2021

If you’re looking for fun festivals celebrated in month of June in India, you can make North Indian festivals your top choice if you are living somewhere in Delhi or Chandigarh and are going to travel with kids. So, which of these festivals are you waiting for eagerly? Plan a trip to India and customize your summer vacation plan as you want it to be.

Just like June, the month of July also has a lot of festivals. Some of the best ones you should attend are Dree Festival, the Hemis Festival, and Champakulam Boat Race.

What is the purpose of celebrating festivals?

Every festival is celebrated for a cultural or historical reason. However, all these festivals are celebrated to unite with the community, strengthen the bond amidst people, and bring joy into our lives.

What are the festivals in India celebrated in June?

In June, you can have fun at the best festivals in India, like Shimla Summer Festival, Ambubachi Mela, Sindhu Darshan Festival, International Mango Festival, and Saga Dawa.

What is Saga Dawa?

Saga Dawa is a Buddhist festival that is celebrated in Sikkim throughout a month. This festival is the representation of the birth, enlightenment, and death of Gautam Buddha.

What is the significance of the Sindhu Darshan Festival?

Sindhu Darshan Festival is celebrated for three days in Ladakh, surrounded by the scenic beauty of the Himalaya Mountains. This festival is to commemorate the Indus River, which is the representation of the cultural harmony of the country.

Which festival is celebrated in Goa in June?

You can visit Goa in June for the Sao Joao Feast of St. John the Baptist. This is a colorful festival where you can see the community dance and also diving in the streams.

What is the significance of the International Mango Festival?

June is the late summer when mango is the best attraction. If you are in Delhi during this time, you can attend the mango festival and try the best mangoes.

Which day is celebrated on June 21?

What is Ganga Dussehra?

In June, Ganga Dussehra, a religious festival is celebrated in Benaras, Allahabad, Haridwar, and Rishikesh According to mythology, this day is celebrated as the day when Goddess Ganga came into the earth in the form of a river.

What is the importance of Rath Yatra?

Among the religious festivals in June, Rath Yatra is one of the most important ones in India. This festival is celebrated in Orissa where Lord Jagannath, Balram, and Goddess Suvadra are worshipped.