New Zealand In January: A Detailed Guide For Your Next Summery Winter Trip! 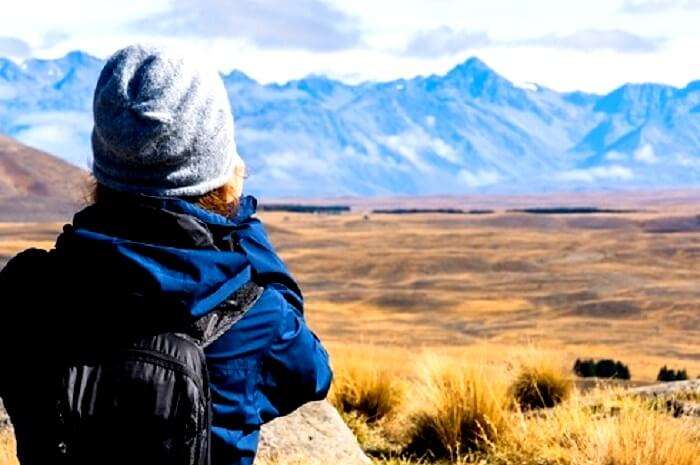 New Zealand, situated in southwestern Pacific Ocean, is a popular island country. Home to breathtaking scenic beauty the country is a dream destination and is also known as the God zone. Several isles build up this Pacific nation and the main ones are the South and the North Island. Set in the Southern hemisphere this country experiences peak summer in the months of December, January, February and March. The year-end holidays in fact are best spent on the beach enjoying the sun and barbecues. So we have compiled a list of things to do in New Zealand in January as the New Zealand weather in January is summer.

Weather In New Zealand In January

15 Places To Visit In New Zealand In January

Confused about which places to explore in winters when you are in New Zealand? Here is the list of best places you can visit and have fun on your trip. Take a look!

1. Lord Of The Rings Tour

New Zealand is a forever favorite among tourists, but the Lord of the Rings and hobbit series are what that put it on the map. Visit the Hobbiton and experience the Tolkien’s Earth comes to life. The quaint village is sure to mesmerize you book a tour in advance to avoid and last minute disappointment.

Must Read: 15 Adventurous Spots For Camping In New Zealand On Your Next Trip In 2022!

This is an adventure and fun region that allows you to enjoy with the sweetest mammals on the planet, the dolphins. The friendly locals here make swimming in these waters a fun and memorable experience. Head here with your family for having a perfect vacay!

Waiheke Island is a forty minute ferry ride Auckland New Zealand’s biggest city. This Island has gorgeous sandy beaches with picturesque walkways and charming shops and this area is famous for its beautiful vineyards and famous wines. To ensure a good trip explore this place by foot.

Suggested Read: 10 Interesting Things To Do In Nelson That Make This Town In New Zealand A Must Visit

4. The Wonder Of Waitomo

Located in North Islands, this place is a true feast for one’s eyes. The limestone caves here happen to be over 30 million years old and are having stalactite formations and has stunning stalagmite all around. It is home to the famous glowing worms, Arachnocampa luminosa. The boat ride under the caves is another serene experience all together. While on the boat you will be seeing thousands of glow worms lined on the walls and it feels like staring into a starry night in broad daylight.

Waitangi is a famous spot for history buffs, this is where it all began. In 1840, this country was founded under the Treaty of Waitangi which was made between the local Maori tribes and the British Empire. The residence of James Busby, the British personality who drafted the Treaty of Waitangi still stands here and visitors get a chance to visit this place of historic importance.

Sky Tower is the tallest manmade structure to the south of equator. This place in North Islands give you an opportunity to try the nerve wrecking skywalk that is about 192 meters from the ground that too without any handrails. Certainly a piece of entertainment for the adrenaline junkie. And in case you are left with a desire for more adrenaline rush the try the Skyjump from this tower, it is a 90 degree drop at the speed of 85 km per hour.

A site that is claimed to be a volcanic peak about 28000 years ago is now a beautiful natural beauty. In the 19th century while the foundations of Auckland were being laid the tree then stood on a summit which was later cut off by settler claiming that he needed firewood. This was not well digested by the locals and trees were planted in place of the original one but the two pines that survived were also cut off in 1994 and 2000.

New Zealand is known as the home of bungee jumping so when you are here at the Harbour Bridge don’t forget to take the plunge at the spot where it all started. AJ Hackett, the founder of this sport first hurled himself from the Harbour Bridge in the year 1987, following which he was arrested then released in a few hours, the remaining is what they say is history.

This is the hotspot of New Zealand as the place offers seventeen lakes with a host of water sports and activities. But what’s the main thing here is the planet’s geothermal activity there as it keeps its geysers and thermal pools warm. If you love water sports, Rotorua will be perfect for you!

Suggested Read: Ski In New Zealand: 10 Places Every Adrenaline Junkie Must Visit At Least Once!

The Tamaki Maori village isn’t much far from Rotorua and gives you an unique opportunity to blend in with the native culture. The customs and cuisine of these indigenous people will give you a traditional welcome and you will be transported to a different era with the Maori traditions.

The lake Taupo is at the heart of the North Islands and from here you can reach the Mount Ruapehu which is an hour long drive, this place is a winter attraction for the skiing enthusiasts. And even if you don’t like skiing you can wander around in this area filled with stunning landscapes and beautiful peaks. The Tongariro crossing here is a 19 kilometer stroll that will leave you with an experience of a wonderful stroll.

Wellington is a paradise for the art lovers, this capital city of New Zealand is dotted with public sculptures and art galleries. You can also head out for a walk in the stunning waterfront to absorb the rich culture of this place. The Writers Walk strip has at least 19 text sculptures representing the writers who lived here at some point.

This popular pub sits among government offices and across the parliament. Famous for dry humor highlighting the politicians of New Zealand. The pub has been refurbished after the unfortunate fire that broke out here in 2012. The pub serves around 20 different tap beers and at least 60 different wines.

This is a happening small city that is home to the largest universities in New Zealand. It has a good student population that has a substantial appetite for adventure. This little wonder has the world’s steepest residential streets. The street is 350 meters long with an elevation of 70 meters and even the surrounding streets have a sharp incline. Try walking backwards from this steep incline and make sure you don’t tip off.

Suggested Read: 5 Best Zoos In New Zealand For A Thrilling Holiday Experience With The Wild!

Penguins, penguins and penguins, if you love penguins don’t forget to add this place to your wish list. And if you are lucky then you may also experience the cold snow storm in the world’s coldest continent. An also visit Hagglund, to experience a scenic ride in the sturdy reliable transport vehicles in Antarctica.

How To Reach New Zealand?

New Zealand can easily be reached by the air route, regardless of wherever you are staying and once you are in New Zealand all the places that we have mentioned here are relatively easy to reach though air, water or roadways.

Plan the packing according to your planned activities, since you will be travelling there in January, we have prepared a list of things to pack for the summer in New Zealand

So here we have it a list of 15 places with location and things to do in New Zealand in the month of January. And do pack the necessary summer items that we have mentioned as New Zealand in January is warm and balmy. Done with the packing? Book your trip to New Zealand with TravelTriangle and enjoy your summery winter vacay!

Is January a good time to visit NZ?

January marks the summer season in New Zealand and is generally a pleasant time to visit this country. It is by far the most popular time to travel to New Zealand. It’s the time when the summer crowds have left, the hotel rooms are the least expensive, and the weather is amazing!

What season is it in New Zealand in January?

Is New Zealand cold in January?

No, it’s not cold in New Zealand in January. January is actually the middle of the summer season in New Zealand when this place normally experiences the highest average temperatures month-wise.

How hot is New Zealand in January?

January is essentially the hottest month in New Zealand and the peak of the summer season. The highest average temperature is about 25 degrees Celsius while the lowest average is about 12 degrees Celsius, which is quite pleasant for exploring this country.

What’s the weather in New Zealand in January?

New Zealand experiences a warm weather in January wherein the average temperature is about 18 degrees Celsius.

What is there to do in New Zealand in January?

There’s plenty to do in New Zealand in the month of January. You can go hiking, kayaking, swimming, sailing, surfing, mountain climbing, mountain biking, bungy jumping, fishing, or simply lazying on the beach or on the banks of a lake. You can also go for long drives in the awesome summer weather in New Zealand.

What clothes to take to New Zealand in January?

What is there to do in Auckland in January?

There are numerous things to do in Auckland in January. You can be a part of New Zealand Herald New Year’s Day Races, Sky Walking and Sky Jumping at the Sky Tower, sailing in yachts, Zip Lining and Jet Skiing at Waiheke Island, touring the Waitomo Glowworm Cave, exploring the Rangitoto Island Volcano, flying above the clouds in a helicopter, cruising around the Tiritiri Matangi Bird Sanctuary, kayaking and parasailing on the East Coast beaches, Shopping in Queen Street, and hanging out at Viaduct Harbour.

New Zealand In Winter: Know How To End 2022 On A Perfect Note With This Guide!

Destination Of The Month: These Surreal Places Will Entice You To Fly To New Zealand In November

Exploring Best Of New Zealand On A Friends And Family Trip