Spain In September 2022: 5 Amazing Festivals To Attend On Your Vacation 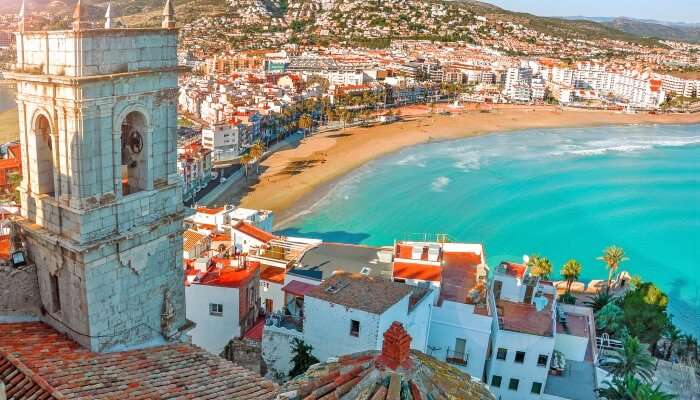 Spain is easily one of the most popular countries when it comes to traveling abroad. From gorgeous landscapes, pristine beaches, to world-renowned cuisine and rich culture, this country has it all. This country can provide you with a trip of a lifetime. Even though Spain experiences beautiful weather for the most part of the year, September is the month you should be checking out. Why?

September experiences summer-like weather, warm daytime and cooler evenings. This makes it ideal for traveling throughout the country. Also, a lot of festivals and popular events take place during this month of the year. You have all that it takes to make your trip memorable. Let’s talk more about a trip to Spain in September.

September is one of the best months of the year when you should be visiting Spain. July and August are the peak season in this country and that is why September is less crowded with tourists. The accommodation prices drop and the cost of travelling tends to be much less as well. That is why you can experience a budget-friendly trip. Now coming to the weather, holidays in Spain in September are favourable because of good climatic conditions.

The southern part of the country remains warm and sunny, whereas it gets a little milder when you travel towards the north. The average temperature of Spain in September is around 21.1° C to 19° C. Places situated around the coastal areas experience a cooler atmosphere because of the sea breeze. The probability of rainfall during this time is low and even if it does rain, it is usually around the northern parts.

5 Best Festivals To Attend In September

If you have plans to travel to Spain in September, here are the most popular and well-known festivals that you can attend in September.

When: August 31-September 8
Where: San Sebastian

Must Read: Winter In Spain: A Guide That’ll Help You Curl Up Amid The Country’s Eternal Charm In 2022

Catalan Day is celebrated on 11th September every year. A day-long festival that is celebrated to commemorate the fall of the city of Barcelona during the War of the Spanish Succession in 1714 and the events which lead to the subsequent loss of Catalan institutions. The festival features live music, street parades and various other shows throughout the day.

Celebrated in Tarragona, Catalonia, Spain, the Santa Tecla Festival is a 10 days long event which is very popular. The streets are crowded with locals and tourists who come to Tarragona in order to experience the rich cultural heritage of this event. From local cuisine to street dances and fires shows, you will have a great time exploring the streets of this town.

Another big event that is celebrated in Barcelona, the Festa de la Mercè is held in honour of Our Lady of Mercy and it marks the official start of the fall. One of the biggest draws is the human towers which can length up to 15 metres as well. The annual festival of Barcelona includes parades with paper mache giants, 10 km race, dance from Emporda region, and synchronized fireworks.

If you love to watch films, then the San Sebastian Film Festival is a must-visit. This film festival features hundreds of films and creators from around the world for several days. You will be able to witness some of the best cinematic works here.

Suggested Read: 15 Top Things To Do In Spain In 2022 That Will Leave Your Soul Craving For More!

Top Places To Visit In Spain In September

Barcelona is probably one of the most prominent cities of this country. This city is an all-time favourite destination in Spain among tourists and locals also. Situated beside the Mediterranean sea, the city is famous for its crystalline beaches and iconic architecture. The cosmopolitan environment in the city provides you with a range of recreational centres. Enjoy the gaga for Gaudí at the Sagrada Familia and Park Güell and do check out the fantastic architecture at the Casa Batlló. You can also take a trip to Mount Tibidabo to get a beautiful panoramic view of the entire city and the sea. The famous Tibidabo Amusement Park is also a must visit when you are in Barcelona.

From mesmerising ancient forest, snow capped mountains and lovely fortresses, Granada is a top destination in Spain in September. Take a trip to The Alhambra which is one of the most sought-after tourist attractions. Don’t forget to take your family to the Sacromonte which is a vast expanse of white caves that are hanging from the hillside. In the evenings, you can walk along the Carrera del Darro and sit by the Darro River and enjoy the local cuisine. It is one of the most relaxing things to do in Spain in September.

Suggested Read: Running Of The Bulls 2022: All About The Craziest & Most Adventure-Filled Festival In Spain

The capital city of Andalusia, Seville is famous for its flourishing Flamenco heritage and culture. Drop by one of the city’s beautiful flamenco bars and get mesmerised by the dramatic and awe-inspiring cultural decors. Visit the Royal Alcázar which is a striking example of the Mudéjar architecture, introduced by Spanish rulers over the course of history. La Giralda, Plaza de España and the Catedral de Sevilla are also some of the top attractions in Seville.

Madrid is Spain’s capital and is a great weekend destination for those who have a tight schedule all year-round. The most important attraction in this city is Madrid’s Golden Triangle of Art Galleries which is home to some really famous works by renowned artists like Picasso himself. The Royal Palace which is Europe’s biggest is a must-visit destination. There are many shops, bars and local boutiques which you can visit for a fun time with family.

Further Read: 21 Captivating Spain Tourist Attractions That Will Make You Pack Your Bags In 2022

These are the top places to enjoy your holidays in Spain in September. Note them down in your travel journal to enjoy a memorable getaway to Spain. Learn how to tango and taste delicious Paella. Most importantly, make memories on your autumn vacation in the most vibrating festivals in the country. It would also be amazing if you could attend at least one event or festival that will introduce you to vibrant culture of Spain.

Is September a good time to go to Spain?

Yes. The weather in Spain during the month of September is soothing and favorable for tourists to explore the country and its different destinations without any hassles. You will enjoy the warm daytime and cool evenings in September.

What part of Spain is the hottest in September?

The northern part of Spain experiences some of the hottest temperatures in September but most of the region has wonderful weather.

What season is it in Spain in September?

When you travel to Spain in September, you are going to experience the Autumn season. The temperatures are anywhere between 25°C to 21°C, which makes it the ideal time for tourists to explore the different areas of the country.

What clothes to take to Spain in September?

Pack light clothes like short-sleeved shirts, shorts, and similar clothing. However, you take a light jacket as well if you are planning to visit the coastal areas which experience a cool evening.

This New Island In Spain Is A Reason Enough To Update Your Travel Wishlist In 2022!

This Glass Hotel In Spain Has Taken The Concept Of ‘A Room With A View’ To A Whole New Level!