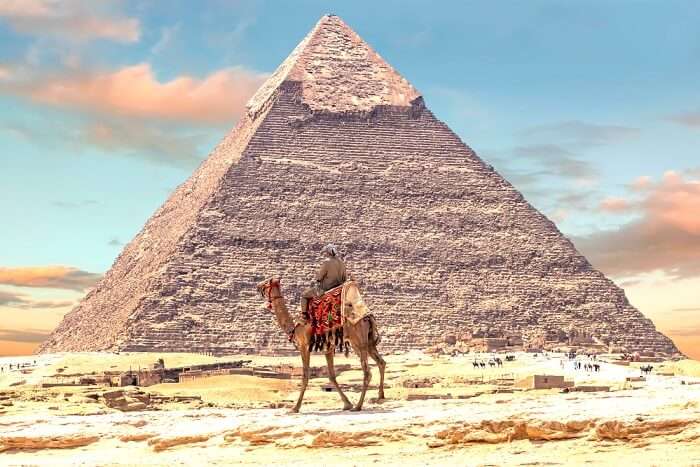 Luxor, a city in Upper Egypt is characterized as the ‘world’s greatest open-air museum’. This capital city of Luxor Governorate is the site of the Ancient Egyptian city of Waset which was known as Thebes during Greeks reign. This city of 100 gates is known as the religious hotbed of Egypt and features enormous temples, rivers, a sprawling desert and the ruins of the famous Western Valley. It lures travelers from across the world with its popular tourist spots. The best places to visit in Luxor Egypt include Luxor Temple, Karnak Temple, Valley of the Kings & Queens, and lots of popular sites that give a chance to plunge in the glorious history of this ancient city. 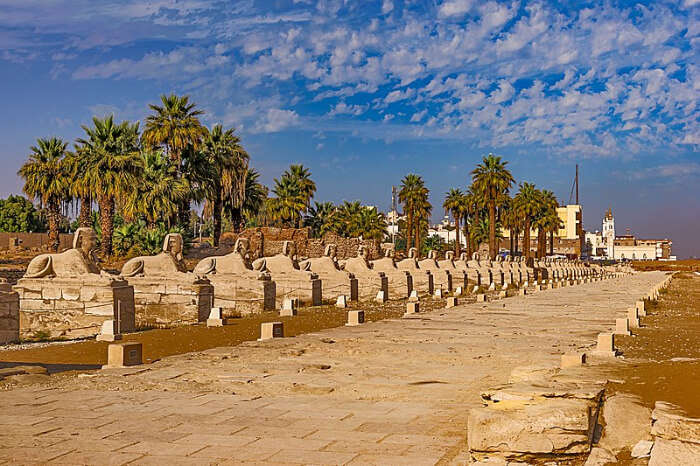 The best time to visit Luxor is from October to April when the city experiences pleasant weather. However, in the months of December and January, Cairo welcomes maximum tourists making it uncomfortably crowded. If you want to minimize expenses, then planning an excursion to Luxor in June and September will make you grab some amazing deals but daytime sightseeing will surely be difficult in these months. One can check out the country’s coastal resorts during summers that offer some respite from the scorching heat. If you are planning to visit Luxor between May to October then make sure to avoid the midday heat by exploring the popular spots in early mornings. 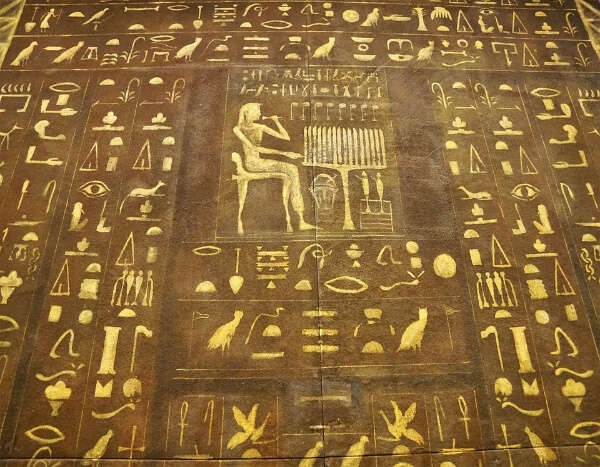 Image Source
Luxor is one destination in Egypt where you can stop for a few days to explore the wonders of the ancient world. Following are the best places to visit in Luxor Egypt that one should not miss out while vacationing in Egypt: 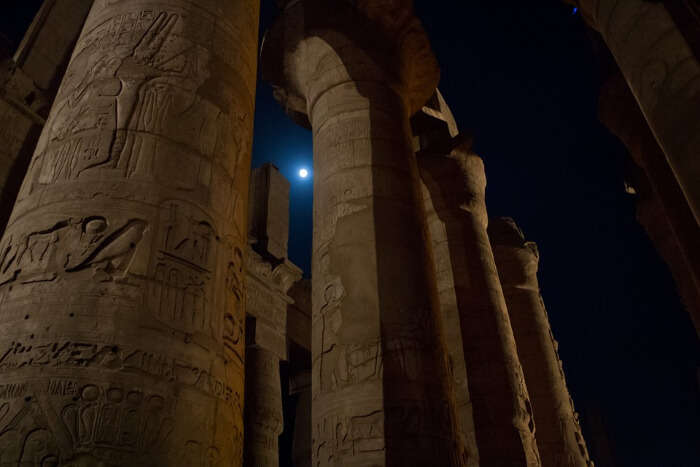 Image Source
The temple complex of Karnak is the most astonishing and magnificent tourist spot in Luxor. The temple houses the Great Temple of Amun, the Temple of Khons and the Festival Temple of Tuthmosis III, within its premises. The place represents the building activities of many successive rulers of Egypt. All the monuments within the Karnak Temple are on a gigantic scale and one must spend a minimum of 2-3 hours to understand and explore the entire complex.

Must Read: A 4000 Year Old Tomb In Egypt Has Just Been Opened For Public & It’ll Leave Your Mind-Boggled! 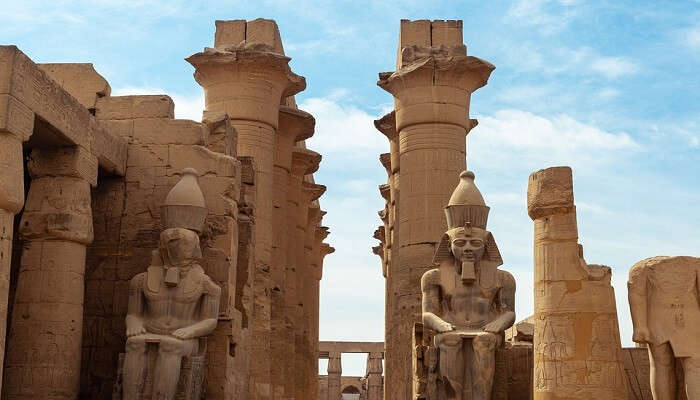 Located in the modern downtown district, this temple features the changing face of Egypt over centuries. Incepted by Amenophis III, Luxor Temple was known as ‘the southern harem of Amun’. The temple was dedicated to Amun, his companion Mut, and their son Khons, the moon god. Alike other temples in Egypt, this enormous temple comprises the chapels of the deities, a large Hypostyle Hall and an open Peristyle Court.

3. Valley Of The Kings 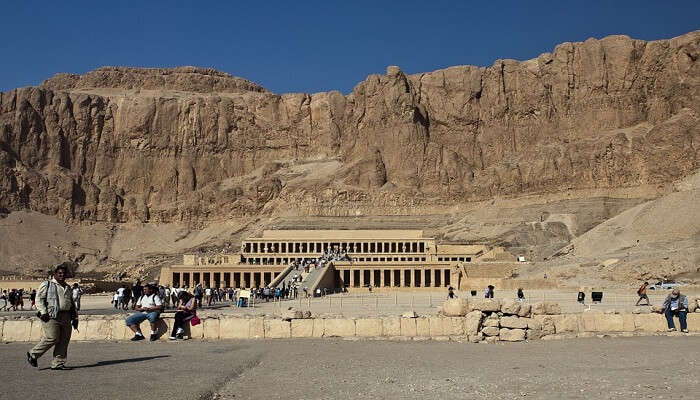 The popular Valley of the Kings is an enormous valley that is hidden between rocky escarpments. It was the final resting place for the kings of the 18th, 19th and 20th dynasties. According to the folklore, there was the dead man who was accompanied by the Sun God, sailed through the underworld at night in the boat and the walls of the tombs were embellished with texts and scenes depicting their voyage along with the dead man instructions. The valley comprises of 63 tombs that are open on a rotation system to preserve the paintings as much as possible. 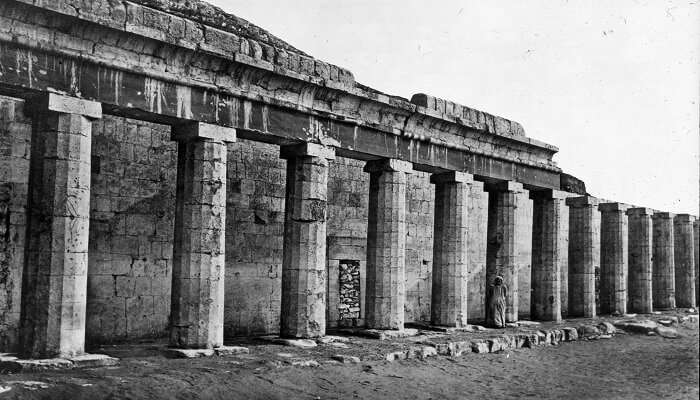 The temple of Deir al-Bahari, popularly known as the Queen Hatshepsut’s Temple is magnificently located at the foot of the sheer cliffs fringing the desert hills. The light-colored sandstone of the temple stands out significantly against the golden yellow rocks behind. The temple complex lies on the three terraces linked via ramps that divide it into northern and southern half. 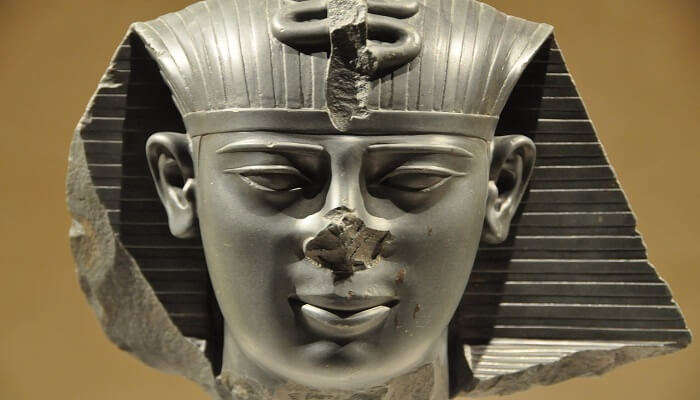 Luxor Museum is believed to be one of the best museums in Egypt that holds an enticing collection from the local artists, apprising the story of ancient Thebes from the era of old kingdoms up to the Islamic Period. The main attractions of this museum are the two Royal Mummies of Ahmose I and Ramses I on the ground floor. The upper floor of the Luxor Museum exhibits a dazzling view of amulets, silver bowls, grave and tomb furnishings and a lot more!

6. Tombs Of The Nobles 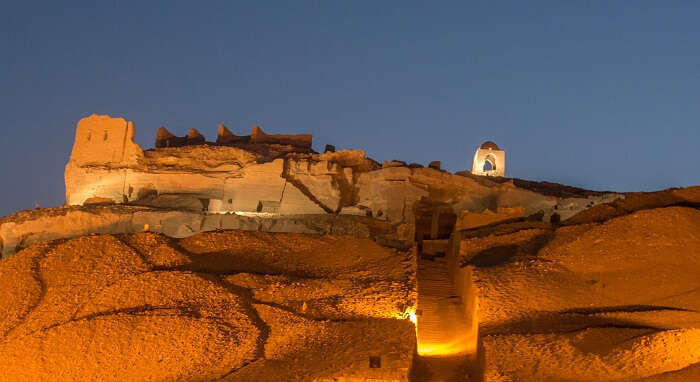 If you still want to explore more tombs to plunge in the history of this ancient city then do plan an excursion to the Tombs of the Nobles. This place is not much popular but exhibits many better-preserved examples of tomb paintings. The Tomb of the Nobles comprises nearly 400 tombs of numerous dignitaries dated from the 6th dynasty to the Ptolemaic era. The paintings here showcases scenes from Egyptian daily life.

Suggested Read: 12 Best Things To Do During Summer In Egypt And Capture The Scenic Views In 2022! 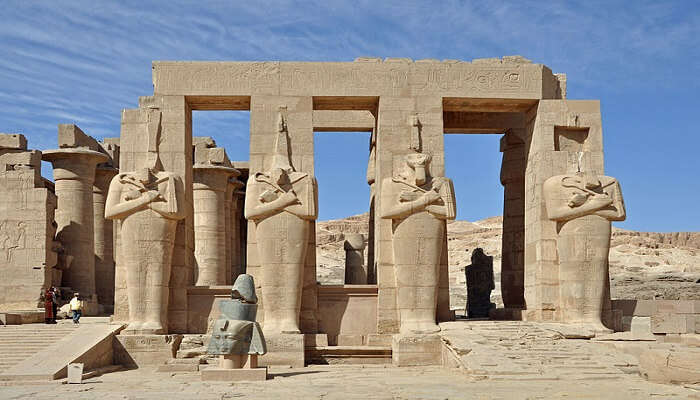 Ramessum is the great mortuary temple that was built by Ramses II. The temple located in the south of Deir el-Bahari lies on the edge of the cultivated land. It was known as the Tomb of Ozymandias during the Roman Imperial period and was also immortalized by the famous English poet Shelley in his poem Ozymandias. The first court comprises the remains of the colossal figure of the king along with the magnificent walls glorifying the victories of Ramses II.

Further Read: Summer In Cairo 2022: A Guide On How To Embrace & Escape The Egyptian Sun

The city of ancient ruins, temples and Natural beauty; Luxor offers numerous such experiences that will surely make you fall in love with the place. From enormous tombs to the illuminating museums, there is a stupendous list of the best places to visit in Luxor Egypt that welcomes Globetrotters from across the world. Explore the marvelous ancient heritage and mesmerizing beauty of this place by booking a trip to Luxor via TravelTriangle and ensure the best deal for yourself!