15 Exciting Places Near Dandeli That You Must Visit In 2022 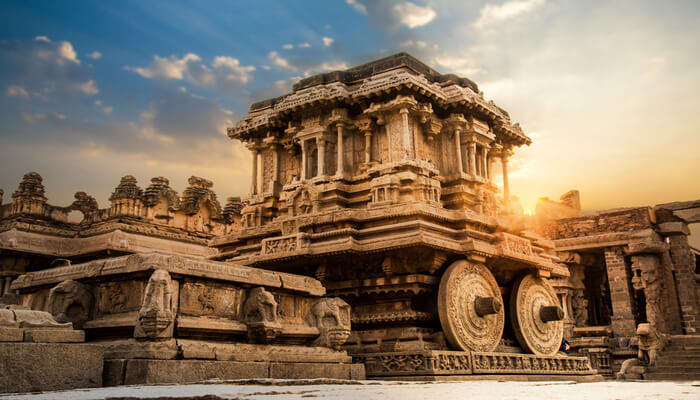 Situated in Uttara Kannada District of Karnataka, Dandeli is on the banks of the Kali river and is blessed with lush green forests. However, there are tourist places around this city that draw in travelers regularly. Here is a list of places near Dandeli that

Here is an inventory of the 15 best tourist destinations to visit near Dandeli for all travel enthusiasts. 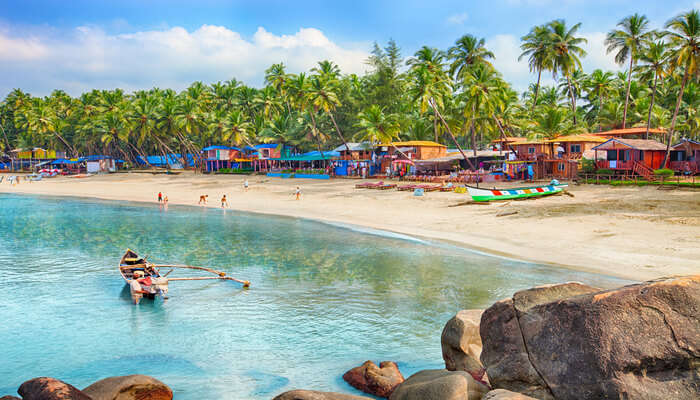 Lying on the west coast, Goa is known for its splendid seashores, delectable food, and Portuguese legacy. With a coastline extending for more than 100 kilometers, Goa has various beaches that pull in a great many tourists. Previously a Portuguese settlement, Goa additionally brags of excellent design from the past with numerous places of worship and old-style lodges. The people are very amicable towards tourists and celebrate numerous festivals consistently. While the fish is incredible, Goa has an extraordinary nightlife with popular bars, seashore shacks, exquisite bistros and numerous clubs and discotheques.

Must Read: 7 Major Airports In Karnataka For A Safe & Joyful Trip In The Air 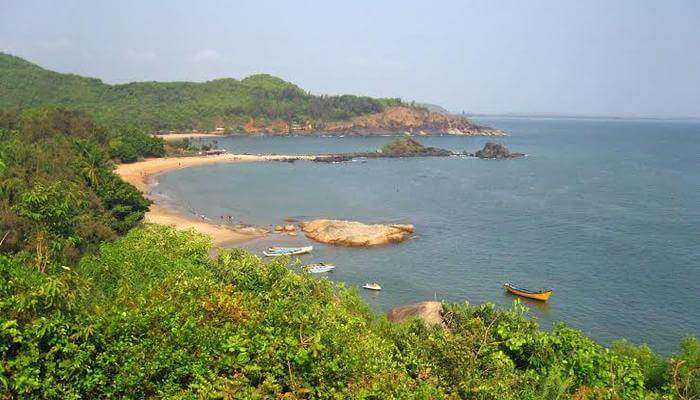 With its perfect beaches and amazing scenes, Gokarna is a recently discovered tourist point for seashore lovers. Arranged on the shore of Karwar, Gokarna is a community in Karnataka, basically known for two reasons – its beaches and temples. Loaded with coconut and palm trees, the sea and golden sands, Gokarna is a ‘one of its sort place’ in the nation.

Suggested Read: 21 Historical Places In Karnataka Every History Buff Should Visit In 2022 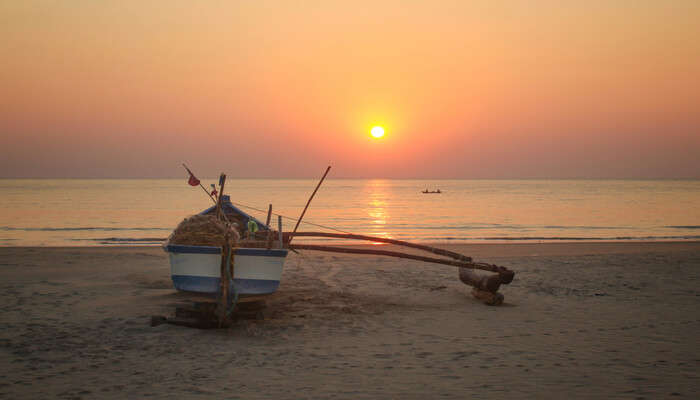 Unblemished blue water, the flawless scenery of wonderful mountains and rich green belts of casuarinas trees blended together, give you Devbagh. It is a stunning place lying along the coastline of the Arabian Sea around 2 km from the southern part of Goa. With awesome climate consistently, the seashore town is well known for the fish and water sports. 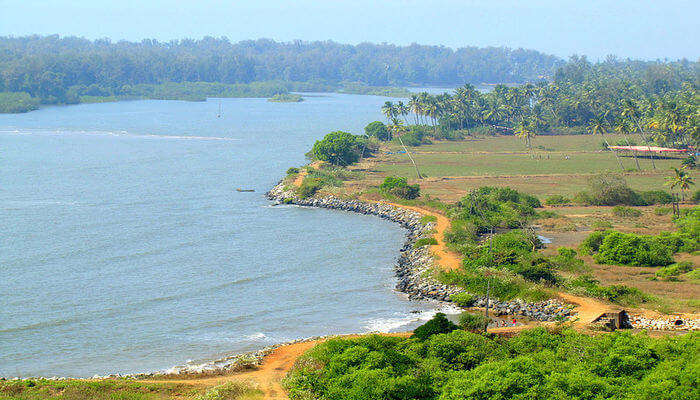 Karwar is a port city with picturesque seashores encompassed by casuarinas trees along the Arabian Sea coastline. Found 15 km away from Goa, on the west bank of the Indian Peninsula, it is both a harbor and a notable town since the fifteenth century. With snorkeling, scuba diving, and surfing, Karwar is a perfect spot for adventurers.

Suggested Read: Get Ready To Swoosh Across The Jog Falls While Ziplining In Karnataka! 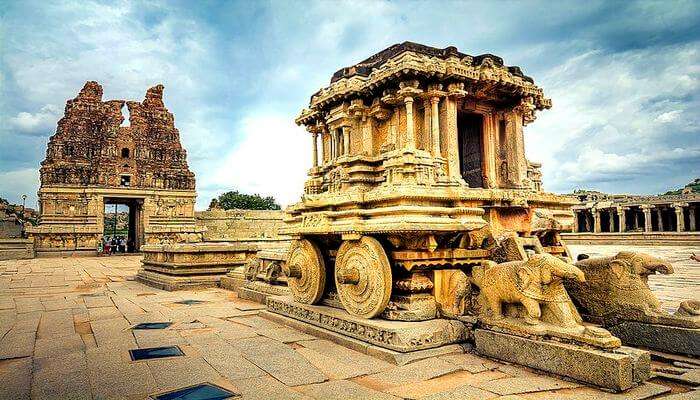 Hampi is a UNESCO World Heritage Site. Arranged in the profundity of hills and valleys in the territory of Karnataka, this spot is a great retreat for voyagers. Encompassed by 500 antiquated landmarks, lovely temples, and clamoring road markets, Hampi is an explorer’s delight. Hampi is an open historical center with 100+ areas to investigate. The landscape around Hampi is as baffling as the ruins itself – the city is encompassed by stones of various sizes, and you can move to the highest point of them with a little exertion to get a dazzling perspective on the whole city and the topography.

Suggested Read: 17 Festivals In Karnataka That Will Give You A Glimpse Into Its Vibrant Culture In 2022 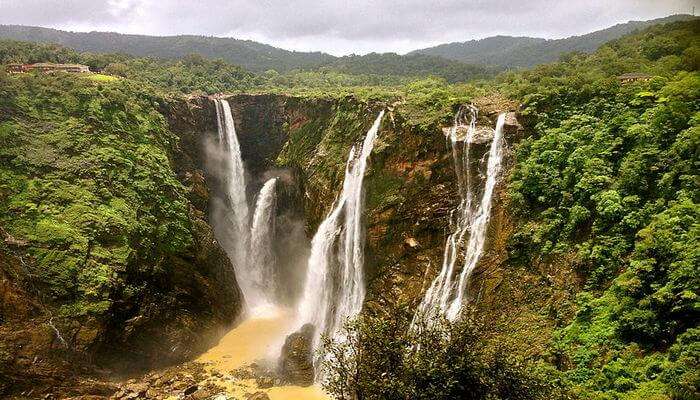 The second-most noteworthy waterfall of India, Jog Falls is a great tourist spot in Karnataka. Situated on the fringe of Shimoga and Uttara Kannada areas of Karnataka, Jog Falls is the most elevated waterfall in the state. Otherwise called Gerosappa Falls or the Joga Falls, these falls are one of the most significant attractions in all of South India. Second, just to the Nohkalikai Falls of Meghalaya, Jog falls drops about an immense 253 m in a solitary fall. It is ideal to go in the monsoon season to see the falls in its best form. 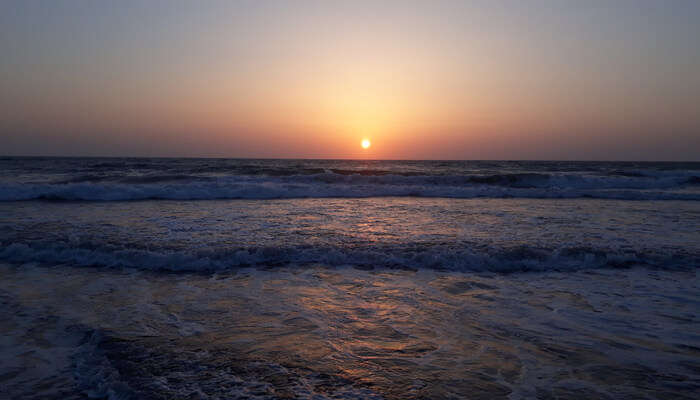 Tarkarli is well known for its long stretch of seashores, with its flawless water and white sand. You may spot dolphins as well. Tarkarli gloats of the best sand to be found along Konkan. It could be known as the most excellent seashore in the entirety of Maharashtra, if not in India. The flawless white seashores covered with suru trees are an ideal spot to unwind, connect with nature and eat stunning Malvani food.

Suggested Read: 20 Temples In Karnataka That Are All About Grandeur That You Must Visit In 2022! 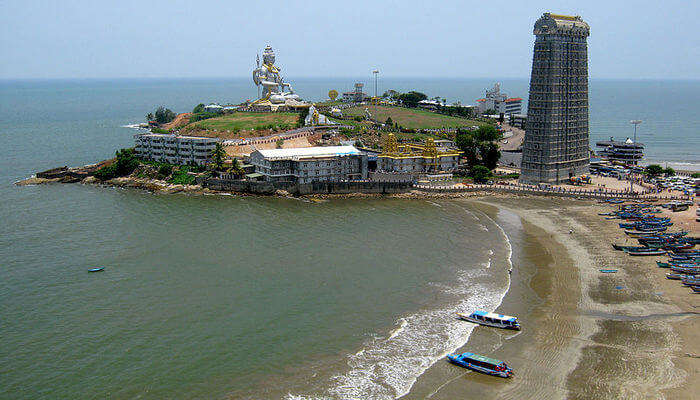 This place is home to the second tallest statue of Lord Shiva (123 ft) on the planet. With the sparkling Arabian Sea on three sides and the superb Western Ghats, it is a most loved tourist spot for people from Kerala and Karnataka. The seashores and adventure sports around Netrani island are huge attractions for travelers.

Suggested Read: 14 Mystical Places To Visit In Badami, Karnataka That Need Your Attention In 2022 Bhatkal is probably the most established town with a rich past in Karnataka. It is viewed as perhaps the most established port in India. Situated in Uttara Kannada, Bhatkal is 130 km away from Karwar and has some flawless seashores. The town is situated on NH 17 and is effectively available by means of the Konkan railroad. 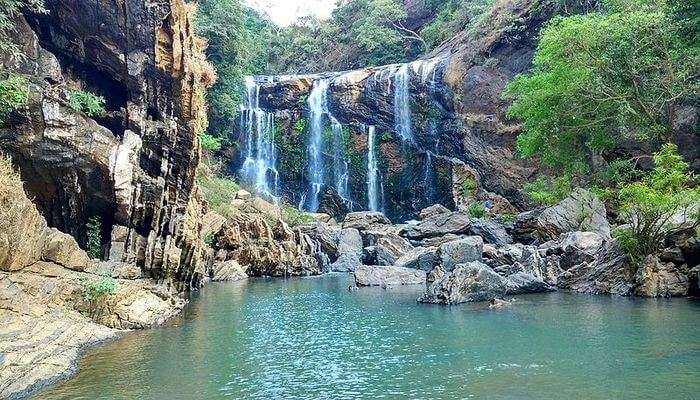 Settled in the thick woodlands of the Western Ghats in the Uttara Kannada region, Yellapur, at a height of 1774 feet, has superb waterfalls that spout down the slopes into the beautiful valleys. The Satoddi Falls is viewed as one of the most superb falls in the state. The Magod Falls is one more spot where nature is at her best.

Suggested Read: 15 Hill Stations In Karnataka In 2022 To Rejuvenate Yourself 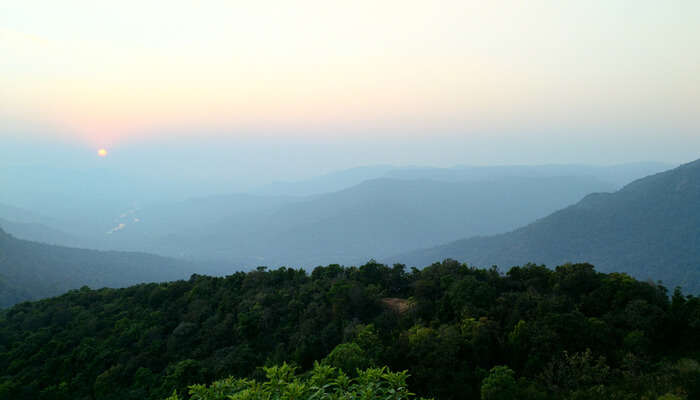 Known for its characteristic magnificence, Siddapur is a town in the Kodagu region of Karnataka. At a height of 1850 feet, Siddapur has a cool and lovely climate that adds to its appeal. The town is known for its cardamom, pepper, coffee, and pineapple. A trek through the green estates, some of which are set in superb landscapes, can be a really fun adventure. This little town of 4656 square kilometers has diverse temples and buildings. The Gadag temples give testimony to the stunning Chalukyan craftsmanship. The design has a particular style and the stone dividers and carvings on the temple dividers are enthralling to visitors from all parts of the country. 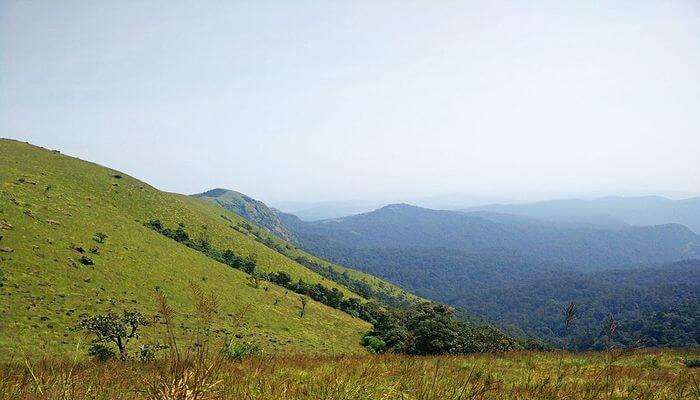 Found 1343 meters above ocean level, Kodachadri houses one of the most renowned temples in India, the Kollur Mookambika Temple. The Kodachadri mountain top ascends from the midst of the thick timberland and this spot is arranged in the Mookambika National Forest in the Shimoga region. It lies around 400 km from Bangalore.

Suggested Read: 25 Stunning Places To Visit In Summer In Karnataka For A Relaxing Retreat In 2022 Kollur is a minor town in the Kundapur Taluk of Karnataka that is a great tourist spot for travelers from everywhere throughout the nation. It’s beautiful land against the backdrop of the Western Ghats, on the banks of the Souparnika river, adds to the tranquil environment of this popular temple town. This is the site of the well known Mookambika Temple, which is said to have been made by Lord Parashurama. 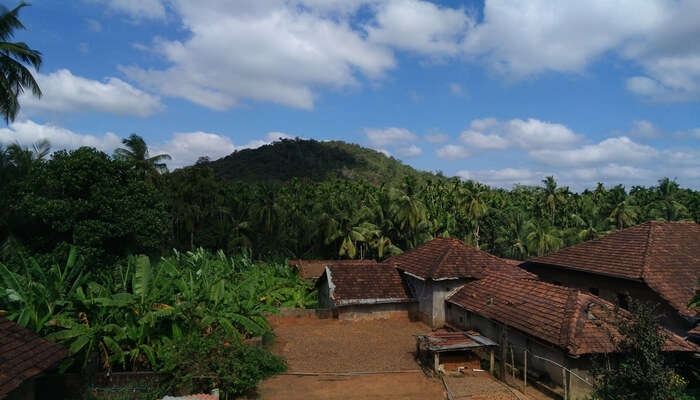 Rich green woodlands, transcending cascades and interesting old temples make Sirsi in the Uttara Karnataka area, a great tourist spot. The town, which lies in the core of the Western Ghats, is found 407 km from Bangalore city. The town is additionally bestowed with overwhelming rains and has rich tropical woodlands overflowing with natural fauna and flora. This makes Sirsi a lovely escape from city life. One of the most well-known temples here is the sixteenth-century Marikamba Temple. Similarly famous is the Maha Ganapati Temple. Other famous spots to visit are Banavasi, Sahasralinga and Unchalli Falls. The best time to visit Sirsi is during the winter months of the year.

Further Read: 10 Best Places To Visit Near Bannerghatta To Unravel The Hidden Gems In Karnataka In 2022!

So those are some of the best places near Dandeli for an unparalleled travel experience. We hope you visit the above tourist places and carry back loads of memories with you! Let us know in the comments section if we have missed out on any famous tourist spots. Book a trip with TravelTriangle soon.

What is Dandeli most famous for?

This town is most famous for river rafting. It is also renowned for its abundance of wildlife such as deer, tiger, leopard, antelope, and bear.

What is the best time to visit Dandeli?

The best time to travel here is anytime between the months of October to February.

What is an ideal trip duration to Dandeli?

1-2 days are enough to explore and appreciate the whole town of Dandeli.

What are the best places to see in and around Dandeli?

Goa, Gokarna, Jog Falls, and Sirsi are some of the best places to visit around Dandeli.