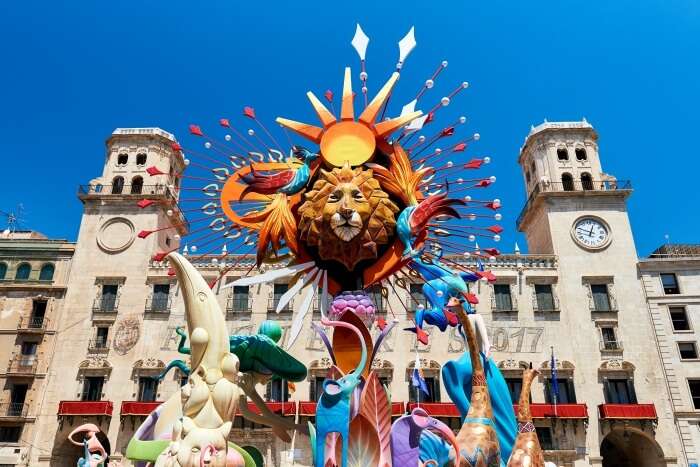 Summer is no more just a climate these days! As the definitions of celebrations widened with the passage of time, the way of welcoming new seasons has also gone through ever-changing patterns. Festivals are no more just a matter of celebrations, but a way of integrating various diversified cultures and traditions and unifying varied colors of joy and happiness, and this has been proven true through the various summer festivals in Europe.

Across the world, all countries have their own way of welcoming and celebrating seasons. Not just making it all a matter of tradition, but linking it with festivities but discovering a number of joyful and colorful festivities. Similarly, the summer festivals in Europe will familiarise you with various cultures and traditions that will broaden your perspective!

Although there are countless festivals celebrated around the world, ranging from tradition-based ones to just musical and artistic extravaganzas, here we have covered a number of festivities organized especially across the countries of this continent to give you a glance of the varied cultures.

Given below is a list of summer festivals in Europe. We hope that these festivals and events in Europe summer 2021 are going to make you fall in love for sure.

It is the most adored music fest organized every year in Romania at Bánffy Castle domain in Bontida which is a small village near Cluj Napoca in Transylvania. An innovative blend of mainstream technology and art mixed with some extremely unique architectural bases, it is a perfect delight to have for music enthusiasts around the world. It is definitely one of the most exciting summer festivals in Europe in 2020.

Must Read: 11 Fascinating Things To Do In Slovenia On Your Trip To Europe

Organized every year in Poland, it is a four – day long festival and also one of the best summer festivals in Europe that takes place every year in the last days of June, at a 75-hectare airport (kosakowo) by the maritime city of Gdynia. It is listed among Poland’s all-time top summer music festivals. It includes collaborations with many international artists including the likes of as James Blake, Radiohead etc.

Suggested Read: Europe In September 2021: Things To Do, Events To Attend And More

If you are looking for festivals in Europe during summer then just like every year, Luxembourg City Tourist Office (LCTO) has released summer in the city programmes which covers 15h June to 16th September. During this whole time, the whole city in a way comes to life with extended concerts, musical events and many such interesting and extremely creative popular attractions.

Suggested Read: Summer In Lithuania: A Traveler’s Guide To Enjoy A Vibrant Summer Vacation At This European Country!

Listed among the country’s largest summer music extravaganza, it was first held in the early nineties and had been a tradition since then. Setup on an island in Budapest, this summer festival Europe creates a cheerful atmosphere creates a truly memorable experience. It includes everything ranging from yoga sessions, cultural events, the music of different genres and the list just goes on. So, be a part of this Hungarian festival which is one of the best festivals in Europe in summer 2020.

5. Festival Of The Aegean

For the last seven consecutive years, it has been taking place every year on Syros island. Internationally recognized artists such as Olympia Dukakis, Opera star Natalia Ushakova and many more such prestigious personalities have been a part of the festival for years.

Situated just a few kilometers away from the mainland, it stands a bit out from the line as it is celebrated in a non-urban area at Taboão river beach. It includes music of all genre ranging from jazz, rock, indie and over other alternative music too. It is one of the oldest festivals of Portugal and held every year in August.

Suggested Read: 8 Luxurious Cruises In Europe For A Perfect European Experience In 2021!

A power-packed extravaganza loaded with the magic of music and bonfire(fire) and color, it’s rated among the most prominent and beautiful festivals of Spain wherein thousands of people gather every year and celebrate the welcoming atmosphere of coming summer. It takes place in the last days of the month of June and is one of the best festivals in Europe 2019 to witness.

This is one of the most colorful and artistic fests of the country. It is celebrated every year in the lakeside streets of Ascona(Canton Ticino), in the month of June. Here, you can enjoy a large variety of performances including that of Pantomimes, stage plays, jugglers, dancers, performers, tightrope walkers, fire eaters, musicians, magicians, clowns and many more. If you are visiting Switzerland in summer, then do attend this amazing Europe summer festival.

Suggested Read: 10 Wedding Destinations In Europe For Your Big Day In 2021!

One of the most magical fests of Italy, the Caracalla Summer Festival is a truly unique one. It is held in the capital city Rome at Caracalla’s Baths from the 13th of June to the 6th of June. The fest celebrates music, dance and an extremely classic atmosphere. The main attraction is the Grand Opera performances. If you are visiting Italy in the summer of 2019, then do attend this amazing festival.

It has been an annual event in Würzburg since the year 1950 celebrating Bavarian and German heritage and culture. Filled with some amazing musical acts and other fun elements like rollercoasters and carousels to cherish, this is one of the best festivals in Europe during summer. Along with this music fest, there are also a variety of drinks and food arrangements that can light your mood up.

Suggested Read: This Winter, Escape To The Best Honeymoon Destinations In Europe In Winter 2020-21!

It’s an annual festival held annually on the first weekend after the August Bank holiday. Since 2010, it has been a regular one. A number of recognized artists and performers have performed here including Blue highway, Mollie O’Brien, Nashville Band, Peter Rowan, Roland White Steve Kaufman and Sally Van Meter, and many more.

This is an international five-day festival wherein you can even participate. It is held in Gudvangen and is a long tradition of arranging many colorful activities wherein people from different parts of the country come together, wearing authentic Viking costumes and celebrate the period and lifestyle of the early days of their cultural heritage and traditions, which was around of 800 AD.

Suggested Read: Europe In August 2021: A Handy Guide To A Relaxing Vacay

According to the sources, it is named among the most prominent and historical music festivals in the Nordic country. It also includes a number of musical performances spanning renaissance and medieval era dramas. Of course, it features many Swedish and international artists. It is held in Gamla Stan every year.

It gathers the most interesting and fun-filled performances and artistic features form Finland and nearly all nearby places as well. Worthy to mention here that, it is held every year in the month of June, mostly around 6th to 10th. Most of the time, it includes highlights such as Reider, an extraordinary concert by Verneri Pohjola.

Since the year 1970, it has been an integral part of the country’s cultural heritage. Over the years, it has been a centre of numerous concerts merging artists and audience together with many renowned visual artists and musicians. It spreads over a period of two weeks, particularly around 1st -17th of June.

Suggested Read: National Parks In Belgium: 6 Places To Explore The Wildlife In The Cockpit Of Europe

It is a ten-day art and cultural festival in the city of Aarhus, Denmark and takes place every year in the last days of August to the early days of September. It showcases a number of (mix) local, national and international artists. Founded in late 1965, the festival and its festivities have outgrown and has been encountering several interesting mixes of diversified and differentiated cultures.

This is the oldest festival in the history of France, dating back to early 1860s. It encounters a number of atmospheric Roman theatre, which facilitates extremely spectacular acoustics and Exceptional backdrop offering Opera and extreme music. It is held nearly to the early days of July and August. To be specific, it happens around the 11th of July and 4th August.

It is rated among all-time leading electronic music festival featuring hosts over five hundred music events and over twenty-two hundred artists across 150 venues. It lasts for about five days. The sheer size and grand level at which it is organized are what attracts the most.

Suggested Read: In Pictures: 35 Most Beautiful Cities In Europe Will Make You Want To Trip There In 2021!

Held in Belgium, it is a rock music festival with a variety of lined up good food and drinks In addition to this, it also features many technical innovations and a happening Lite festive atmosphere. The festival boasts some of the all-time prominent headliners in the world in the month of June /July.

It is counted among the most joyful and colorful festivals of Ukraine that takes place in Terebovlya region of the place every year on the 1st of July, free of cost !. Wherein people dress up in accordance with the medieval period for the March to the hill Zamkova Hora.

Summer festivals Europe are a wonderful way of celebrating and cherishing the beauty of life. No matter, what the situation is, festivals are an enthralling way of cheering the world up and leading it to on an enchanting quest of celebrations and joy.

As listed and noticed above, every year, not only Europe, but other parts of the world too come together to celebrate different kinds of festivals and occasions to lift up the spirit of joy and happiness! These summer festivals in Europe will help you understand the varying cultures and traditions! On your trip to Europe, make sure you attend most of these!

Q. Which are famous festivals in Europe in summer?

A. Electric Castle, Festival Di Caracalla, International Street Artists Festival and Stockholm Early Music Festival are some of the vibrant festivals in Europe in summer.

Q. Which are the best summer music festivals in Europe?

Q. Which are the famous festivals happening in Europe in June?

A. Awakenings Festival, Sziget Festival and Ultra Europe are some of the popular festival celebrated in Europe in June.

18 Popular And Vibrant Harvest Festivals Of India In 2021