10 Best Things To Do In Auckland: Activities And Attractions For A Wonderful Trip 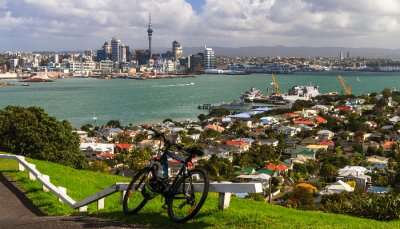 Auckland is a colorful kaleidoscope of magnificent high-rise buildings, fascinating historical museums, public galleries, and natural splendors like sun-kissed beaches, shimmering islands, & wildlife reserves. The city also has some mesmerising cruising options as well as some exhilarating adventure sports; thus creating a perfect medley of tourist attractions and things to do in Auckland.

10 Best Things To Do In Auckland

In Auckland, things to do are plenty. The long list of Auckland points of interest and super cool things to do allures travelers of all age groups and helps them to prepare their bucket list for the exciting holiday in New Zealand there. Have a look.

Hello bravehearts! Skywalking at and sky jumping from Sky Tower are two most exciting things to do in Auckland. Skywalk involves walking along a narrow walkway around the Sky Tower without any handrail, 192 m above the ground.

Sky jumping, on the other hand, is a daredevil act where one will dive 192 metres off the Sky Tower at 85 km an hour speed. This is one of the best adventure activities in Auckland.
Opening hours: 10 am to 5 pm

Sailing in yachts is among the fun things to do in Auckland. Waitemata Harbour here is famous for. Travelers can take the helm to help steer on course or hoist the mainsail using the grinders on this sailing adventure available on Auckland’s Waitemata Harbour. The America’s Yacht Cup race runs during November to Sunday.

Jet skiing, kayaking, and zip lining at Waiheke Island are some of the thrilling things to do in Auckland. One can also indulge in sunbathing, swimming, and strolling at the white sand beaches of Oneroa, Palm Beach and Onetangi.

Also try: Taking a vineyard tour at the Waiheke Island is one of the most romantic things to do in Auckland.

Suggested Read: Planning A Kiwi Vacation? Visit It Before The Tourist Tax In New Zealand Is Implemented

Waitomo Glowworm Cave Express Tour is an immensely unique experience, where people are taken to the spectacular limestone caves and glowworm caves to see how these creatures light up in darkness. Exploring in the glowworm cave, located in Central North Island, is one of the fascinating things to do in Auckland.

This is a one-of-its-kind tour around the Rangitoto Island Volcano. The 4 1/2 hour tour, including ferry and 4WD road-train, will make people explore around lava outcrops, volcanic highlands, and igneous rocky structures. The guided trails also take you up to the summit through wooden boardwalk, discussing the geological history of the island.

6. Flying high above the land in Helicopter

Taking one of the helicopter rides to view the fascinating landscape from above should be on your wish list while on a holiday in Auckland. Bird’s eye views of shimmering city, turquoise blue water, buzzing harbors, and lush green islands will surely make your jaw drop. Taking these 60-90 minutes long helicopter rides are among the not to miss things to do in Auckland.

Charges: Vary from operator to operator

Suggested Read: 6 New Zealand Resorts That Are Beyond Luxurious, Yet Light On Pocket!

There are plenty of boat cruises that operate from Auckland. Hauraki Blue Overnight Cruise, Bay of Island Cruise, and Harbour Sailing Cruise are the most popular ones. But cruising around the Tiritiri Matangi Bird Sanctuary to spot common to endangered bird species is one of the most exhilarating things to do in Auckland.

Located in the Hauraki Gulf, this sanctuary is one of the most charming wildlife reserves & fascinating habitats for a wide range of common to nearly extinct bird species such as takahe and kokako. Its coastal forests, plush green bushes, and walking trails allure nature enthusiasts and ornithologists immensely.

Opening hours: This is a whole day trip. The ferry ride is for 75 minutes and starts at 9 am from Gulf Harbour.

Suggested Read: 15 Things To Do In Queenstown That’ll Let You Enjoy The Best Of Nature & Adventure

8. Exploring the Beaches on both East Coast and West Coast

The beaches in Auckland on the West Coast have black, sandy, and rocky shores, lush green cliffs, and outcrops. They are ideal for trekking, horse riding or blokarting, and surfing. Muriwai, Piha, and Te Henga are the most famous beaches of West Coast.

Don’t miss: Kayaking, swimming, and parasailing are some of the famous things to do in Auckland, especially if you are exploring the East Coast beaches. Queen Street, a small slice of heaven for all shopaholics, is sprinkled with trendy boutiques, big brand outlets, local kiosks, and popular restaurants, pubs, & cafés. It is one of the most bustling shopping arcades of Auckland. Travelers can pick up trendy outfits & cool accessories and enjoy a sumptuous buffet.

Suggested Read: Nevis Catapult In New Zealand Turns You Into A Slingshot & Hurls You For The Craziest Jump Ever

10. Chilling out at Viaduct Harbour

Image Source
One of the most refreshing things to do in Auckland is to chill out around Viaduct Harbour for a super cool nightlife experience. This sizzling waterfront is lined up with most happening pubs, nightclubs, bars, and eateries that pull the most chic crowd. Visit this buzzing harbor of Auckland for a lavish brunch or amazing dinner.

Places To Visit in Auckland

With plenty of touristy attractions, here are all the places you can visit in Auckland for an amazing vacation.

Sky Tower is one of the most popular landmarks of Auckland city and boasts of most thrilling adventure & fine dining. This 328-meters-tal telecom tower offers and stunning vistas of the city and most breath-taking panoramic 360 degree view of islands and volcanoes around Auckland.

Suggested Read: These Temples In Auckland, New Zealand, Will Fill You With Divine Bliss

Waitemata Harbour, also known as Auckland Harbour, is one of the well-known Auckland points of interest. Waitemata, meaning the obsidian glass in Maori language, is so named because of the shimmering water of the harbor area that resembles dark-coloured volcanic glass. The harbor offers stunning view of Auckland cityscape with marvellous high rises and structures.

Other harbors in Auckland: Manukau Harbour and Pine Harbour

Suggested Read: 10 Fun Things To Do In New Zealand

If you’re wondering about what to do in Auckland then head to Auckland Art Gallery that demonstrates a wide collection of national & global art and artefacts. Located near hilltop Albert Park, it is one of the famous places to see in Auckland. Renowned works of artists all over the world are displayed here.

The War Memorial Museum is one of the most spectacular sightseeing places in Auckland if you’re looking for what to do in Auckland. This vintage museum building of spellbinding architecture was founded in 1929. It showcases images & objects of historical wars, New Zealand’s military expeditions, treaties signed, and victories.

Aptly known as one of the top rated tourist attractions of Auckland, Kelly Tarlton’s Sea Life Aquarium is a place for fun and amusement. Named after a famous marine archaeologist & diver, this aquarium has marine creatures of more than 80 species and nearly 8 themed zones.

Don’t miss: Large penguin groups, large collections of sharks, and stingrays of gigantic size of the aquarium are very famous.

Must Read: 10 Best Places To Visit In Auckland For An Unforgettable NZ Vacay

Located at the heart of the city, Albert Park is one of the most charming parks of Auckland. This park is known for spectacular statues & memorials, Victorian fountain, and well-manicured flowerbeds & trees and a must visit if you’re wondering about what to do in Auckland.

Don’t miss: The bronze statue of Queen Victoria, marble Boer War memorial, and life-size marble statue of Sir George Grey are the most prominent highlights of the park.

Don’t miss: Māori people’s memorial on the summit and the most stunning view of the city from there are not to be missed.

Waiheke Island is one of the most picturesque & serene islands near Auckland. A ferry ride of 35 to 50 minutes will take you to the island. Known for its scenery, lush green vegetation, vineyards, and fascinating beaches, the island is a must visit for a weekend retreat and absolute relaxation. Strolling on the sun kissed beaches of the island is one of the super cool things to do in Auckland for couples.

If planning a trip to Auckland, do not skip Hauraki Gulf Marine Park Islands. It is one of the immensely scenic group of islands & marine reserves. Situated over sprawling 1.2 million hectares, these islands & marine reserves have sun kissed beaches and house rare & nearly extinct marine species.
Don’t miss: Kayaking, sailing, wine tasting, and whale & dolphin spotting are the major things to do in Auckland if you are visiting this group of islands.

Hope you have noted your picks on things to do in and around Auckland. Now it’s time to chalk out an engaging vacation plan to Auckland . Do not forget share your experiences when you return.

What can you do in Auckland for free?

What is there to do in Auckland in December?

What is the best area to stay in Auckland?

Generally, Auckland is safe with most pockets safer than others. After 9 pm South and West Auckland can be rough places. It is best to stay indoors or within shouting distance of passersby. Crime is reported immediately.