This budget hotel is ideally located enjoying proximity to Neon Night Market and shopping mall. If you are looking for a reasonably priced and family friendly accommodation, P2 Boutique may be the right choice, which offers clean rooms and you are only minutes away from various shopping hubs.

P2 Boutique Hotel Bangkok is a 3-star hotel located in the Pratunam area of Bangkok. The boutique hotel is nestled in the popular wholesale garment district and is a short walk to the Chit Lom BTS Skytrain Station. The location of the hotel is ideal for business and family travelers as there is a host of shopping malls and bazaars within walking distance of the hotel. The rooms are bright and airy and are fitted with wooden flooring and equipped with modern amenities. P2 Boutique Hotel Bangkok doesnt compromise on style and comfort of their guests and matches global standard in all spheres. The hotel accommodates for visitors private parties as well. The 3-star hotel features a selection of lavishing gastronomic options from its onsite restaurant and bar. The P2 boutique hotel is 30 minutes drive from Bangkok Suvarnabhumi International Airport.

Prices can change based on availability & demand

Price For The Month

Fill in the form and get a callback from our experts.

The hotel with friendly staff has lavishly appointed rooms. It offers rooms under various categories, including executive deluxe, deluxe rooms, and superior rooms. Superior rooms are spread across 28sqm and its architecture is a blend of Asian and Western styles. Spread in an area of 30sqm, deluxe rooms offer an intimate atmosphere and scenic city views. Further, Executive Deluxe Rooms occupies an area of 32sqm and feature a panoramic window wall with garden view, large work area, and lounging space. Rooms of the hotel are equipped with modern amenities like LCD TV with satellite channels, work desk, mini fridge, free internet access, safety box, coffee maker and hot/cold shower.

Apart from providing the luxury to soak in the creativity of nature, P2 Boutique Hotel Bangkok provides a host of services that invite guests to experience bliss in their own way. A trip to Thailand never ends without a good massage. Here, P2 Boutique Hotel offers a Thai massage service for the guests to relax and let go all their stresses on additional charges. It also features a variety of services like a 24-hour front desk, tours arrangement service, concierge service, and currency exchange. Additionally, it offers laundry, room service and shuttle service for the convenience of the guests. Notably, internet access is available in all areas at free of cost. Guests can also gorge on mouth-licking dishes and drinks served at the hotels restaurant and bar.

P2 Boutique Hotel Bangkok features exceptional multi-cuisine restaurants that not only elevate the experience of dining but also gratifies the taste buds with a unique combination of traditional flavors and contemporary taste. The resort maintains a restaurant and a CooZi Bar & Caf. The restaurant serves international cuisines to its guests. With a seating capacity of 40 plus guests, the restaurant is open for breakfast, lunch, and dinner. The CooZi Bar & Cafe serves an array of drinks for guests to enjoy with a stunning ambiance. One can also have a private party at the property to celebrate special occasions. Further, special meal packages are also available for guests at the hotel.

Being situated in the Pratunam area of Bangkok which is the popular wholesale garment district, P2 Boutique Hotel Bangkok attracts shoppers and leisure travelers. Central World Plaza and Platinum Mall are also at a walking distance from the hotel. Being located centrally, P2 Boutique Hotel is shoppers paradise. Other shopping destinations like Gaysorn Shopping Mall and Amarin Plaza are within a kilometer from the hotel.

Queries about this hotel

Does the hotel have a restaurant?

P2 Boutique Hotel maintains a restaurant and a CooZi Bar & Caf that serves delectable international cuisines to its guests.

Can one find laundry services at this hotel?

How can guests spend their leisure time in and around the P2 Hotel?

As the P2 Boutique Hotel is located in the Pratunam area of Bangkok which is a popular wholesale garment district, guests can go shopping around the hotel. Other shopping destinations like Gaysorn Shopping Mall and Amarin Plaza are within a kilometer from the hotel.

Is massage service available at the hotel?

Yes, guests can unwind by having a Thai massage at the hotel.

Book Your Holiday With TravelTriangle. How It Works?

Let us know your travel requirements & submit your request 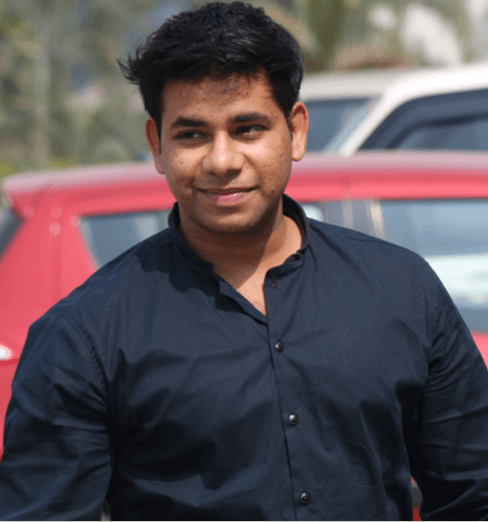 This budget hotel is ideally located enjoying proximity to Neon Night Market and shopping mall. If you are looking for a reasonably priced and family friendly accommodation, P2 Boutique may be the right choice, which offers clean rooms and you are only minutes away from various shopping hubs.

As P2 Boutique Hotel Bangkok is located at a place which is known as a shopping hub, guests love this hotel. The property is shoppers paradise. Its location makes it accessible to almost all the major landmarks of the city. From Gaysorn Shopping Mall and Amarin Plaza, everything is within a km of the hotel. Central Embassy and United Kingdom Embassy are also at walking distance from the hotel. P2 Boutique Hotel is an ideal place to relax and unwind for business and leisure travelers. Apart from the location of the hotel, its accommodations are also comfortable and worth staying in. Some of the rooms of the hotel offer an intimate atmosphere and scenic city views. The hotel is near to Palladium Night Market and easy access to tuk-tuk, which is the cheapest and most convenient mode of transport for local travel destinations. Featuring a perfect accommodation, mouth-watering dishes, and selected drinks, the hotel has everything that a traveler desires. When doing nothing, guests can stroll around the city and learn about the local culture of the country.

A One Bangkok Hotel

₹10,093/-20% OffExact prices may vary based on availability.
Upto 3 StarsMealsSightseeingTransfers

₹13,999/-21% OffExact prices may vary based on availability.
Upto 3 StarsMealsSightseeingTransfers

₹21,248/-20% OffExact prices may vary based on availability.
Upto 3 StarsMealsSightseeingSafariTransfers

₹21,583/-14% OffExact prices may vary based on availability.
Upto 3 StarsMealsSightseeingSafari

Connect with us on :