Per Person on twin sharing

Nestled in the upper hilly stretch of Kangra Valley, Dharamshala is a stunning hill station in Himachal Pradesh. With this 3 nights 4 days Dharamshala honeymoon package, witness the scenic expanses of Dharamshala along with its famous Tibetan culture.

This uniquely crafted Dharamshala honeymoon tour can begin from any of the big cities of India namely - Delhi, Mumbai, Chennai, Pune, Bangalore, among others. With its picturesque environs and utopian climate, Dharamshala is a perfect getaway for all those who wish to make their honeymoon a memorable affair. This Dharamshala honeymoon itinerary includes visits to places like Bhagsu Nag Temple, St. John’s Church, the Dalai Lama Temple, Chamunda Devi Temple, and many more. When visiting Dharamshala a visit to the War Memorial is a must that was built to commemorate the brave soldiers who sacrificed their lives for their nation. This Dharamshala honeymoon vacation also includes a visit to the famous Palampur Tea Garden. This tour is a perfect opportunity to taste the most pristine form of nature for all those thrill-seeking and nature loving couples.

So, don’t just sit there. Book this 3 nights 4 days Dharamshala honeymoon package to make golden memories of your union with your better half. 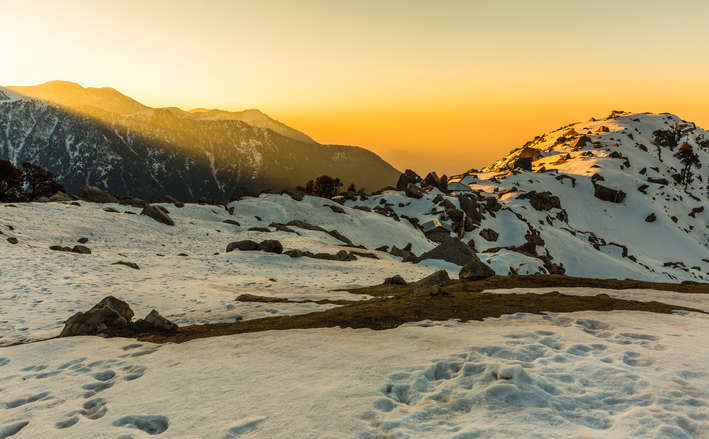 Scenic views on the way

This day of marks the onset of an exciting tour.

Upon arrival at Pathankot railway station, you will be greeted by your agent’s representative who’ll drive you to Dharamshala. Upon arrival at your hotel in Dharamshala, complete your check-in formalities and relax. The first day of your Dharamshala honeymoon package allows you to indulge in leisure activities as per your choice. This day of your tour ends with a delectable dinner and overnight stay at the hotel.

Distance from Pathankot to Dharamshala: 86 km 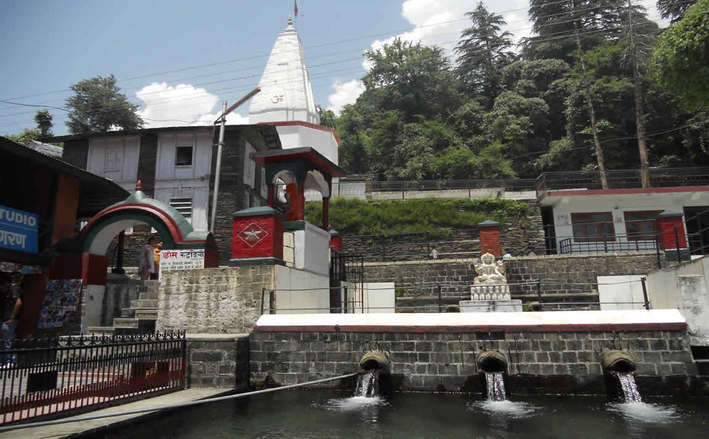 Witness the beauty of “Little Lhasa” on this day of your honeymoon.

Wake up to a scrumptious breakfast in Dharamshala and gear up for a romantic sightseeing tour. Ride to Mcleodganj and visit the Bhagsu Nag temple in Mcleodganj, a holy sanctum devoted to Lord Shiva boasting thousands of admirers because of its breathtaking Bhagsu Nag Waterfall. The second attractions of your Dharamshala honeymoon will be the St. John’s Church, a Neo-Gothic architectural edifice built during Colonial rule, followed by the Dalai Lama Temple which is the most popular tourist spot in Dharamshala offering spiritual teachings of Buddhism.

Later, head to the Dhauladhar Viewpoint Range and Talnoo Sunset Point where you can enjoy an exquisite sunset view with your better half. Next, enjoy a sensual excursion in the charming Naddi village along with Dal Lake. Then proceed to the War Memorial, which was built to commemorate the brave soldiers who sacrificed themselves for the nation. This day ends with a delicious dinner and comfortable overnight stay at the hotel.

Witness the charm of northwest India on the 3rd day of your tour.

Kickstart your day with an appetizing meal at the hotel before getting transferred to Palampur. Known as the ‘Tea Capital of Northwest India’, Palampur is a beautiful hill station surrounded by pine foliage and streams. The first attraction you’ll visit here is the famous tea garden that draws tourists from far and wide. Next, head to the Chamunda Devi Temple, followed by the Gopalpur Zoo where you’ll get to see endemic species of animals like Himalayan Black Bear, Sambal Deer, Indian Crested Porcupine, and many more.

After the day’s activities, you will be transferred back to the hotel wherein you will be served a piping hot meal before you call it a night.

Your dreamy, romantic getaway to Dharamshala comes to an end.

After a filling breakfast, check out from the hotel and get transferred to Pathankot Railway Station. Board your train back home.

Note: Our agents will provide you these or similar hotels depending on availability

Read on to find out why our customers love us!

Make changes as per your travel plan & submit the request.