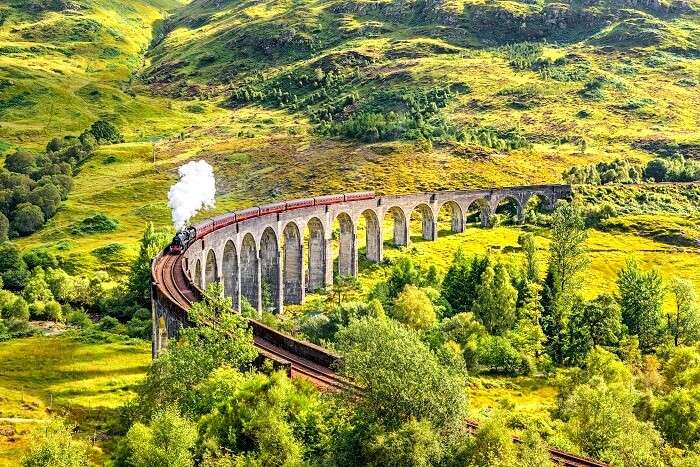 If you’ve been struggling to decide on a destination for an international vacation, then you’d be happy to know that the world-renowned travel magazine Rough Guide, has voted Scotland as the most beautiful place to visit in 2017. And if you’re still wondering why, let us take you through the best reasons that will put Scotland on top of your travel bucket-list.

A lot of Scotland’s appeal has to do with its mind-blowing castles, lakes, and meadows. However, travelers who have witnessed the charm of Scotland already confirm that this is just one-half of the story. The real reasons why the Celtic heartland continues to win more and more hearts are far more interesting.

The biggest challenge faced by a traveler in Scotland is the unpredictability of the weather. Although the best time for sightseeing is the months from June till August, you are never too far from dark clouds and an occasional shower in Scotland.

The days in the summer months are generally warm and crisp with daylight extending up till 9 pm making ideal conditions for a full day of sightseeing and exploration.

Unique experiences in Scotland for an unforgettable vacation

There aren’t many places on Earth which stay as mystic as Scotland regardless of the season, weather, and the influx of tourists. Witness the charm of Scotland not only in its castles and lakes, but also in its warm people, buzzing cities, vibrant nightlife, scenic drives, and thrilling adventure sports.

Scotland is home to more than 30,000 freshwater lakes or “Lochs” as they are called in Gaelic. The country’s Lochs have garnered a lot of tourists interest due to the tales of Loch Ness – the mythological creature that has appeared numerous times in Scottish folklore.

Must Read: 15 Best Places To Visit In Scotland On Your Next U.K. Trip!

2. Tropical Beaches In Scotland! No kidding!

Scotland is home to a group islands that are graced with serene white sand beaches and turquoise blue waters.

Travelers can enjoy the short Scottish summer up in Northern parts of the country where the Outer Hebrides are home to unexplored islands like Vatersay, Barra, and Eriskay Island.

3. Castles That Appear In The Best Of Your Dreams

There’s no denying that castles don’t come better than the ones in Scotland. To this date, when someone mentions the name Scotland, the first image that pops into the mind of an average tourist is that of a castle.

The best part about castles is that the tourists can witness these brilliant medieval structures all over Scotland across every possible landscape be it besides lakes, up in the mountains, or in the big cities.

Suggested Read: In Pictures: 30 Most Beautiful Cities In Europe That Will Make You Want To Take The EuroTrip Now!

The beautiful depth and diversity of the Scottish landscape can be further enjoyed with a ride on the Jacobite Train Service. The 41-mile track rail line that runs between Fort William and Mallaig was also made famous as the route of Hogwarts Express in the child novel Harry Potter.

The world owes Scotland big time for introducing them to a famous liquor known as Scotch. Over the years, tourists from all around the world have arrived in Scotland to witness the production of this invaluable elixir by going on enthralling tours of distilleries.

So make sure to stop by at the distillery of your favorite Scotch, and taste the finest malt whiskey in the world.

6. The Majestic Architecture In Scotland

Over the years, Scotland has seen itself influenced by some of the greatest and most stylish architecture in human civilization. The blend of modern architecture and old Gothic, Roman, and Neolithic era constructions can be seen all over cities like Glasgow and Edinburgh.

7. Take A Gander In Bluebells Forest

Nature lovers will always a have a reason to be chirpy in Scotland. With the majority of the country covered in a stunning landscape, it isn’t hard for nature enthusiasts to find what they are looking for.

One such place to immerse yourself in mother nature is in Bluebells Woods in either Glenfinlas or Urquhart Bay near Loch Ness.

Continuing with the theme of mother nature and beautiful landscape, the title of the most beautiful place to visit in 2017 has much to do with the unbelievably beautiful Scottish countryside.

Experience mystical lakes, ancient castles, charming villages, herds of sheep, and picturesque mountains whenever you step outside the major cities in Scotland to explore.

9. The Colorful Nightlife In Glasgow

Scottish people are one of the most friendly and generous folks you will ever meet. It is a belief among travelers from across the globe that there’s barely anyone who can match the enthusiasm and vigor of Scots while partying.

Travelers can walk down to the nearest pub in Glasgow, order a drink and talk to the locals to enjoy a great evening in Scotland. The locals pride themselves on their culture and wouldn’t hesitate even one bit to familiarize you with the rich Scottish heritage.

Lastly, we also give a reason for the music lovers to consider the most beautiful place to visit in 2017 as their next holiday destination.

The rich musical heritage of Scotland can be best discovered at a Ceilidh– a social gathering which includes Scottish folk music, storytelling, and dancing. Dance to the tunes of the highland bagpipes, and sing along popular folk songs to immerse yourselves in the beautiful and vivid Scottish culture.

Further Read: 40 Game Of Thrones Locations That Are Equally Spectacular And Dreamy In Real Life!

This elaborate list shows how Scotland goes a long way in proving itself worthy of the title of the most beautiful place to visit in 2017. With a vast variety of activities and experience to choose from, Scotland guarantees its visitors a fun-filled experience they are most likely to remember forever.

These 4 Waterfalls In Araku Valley Are All About Serenity And Rejuvenation!

15 Best Resorts Near Ahmedabad: Guide To Your 2020 Vacation Hotspots

5 Enchanting Waterfalls In Rishikesh That Are Nothing Less Than Magical!

36 Amazing Places To Visit In Mussoorie For The Perfect Summer Getaway In 2020!

27 Budget Trips In India For That Pocket-Friendly Escape In 2020!