Mountaineering In Australia: A Handy Guide To Spend An Enthralling Time At The ‘Land Of Kangaroos’ While there has been an ongoing buzz around the existence of Australia at the moment because of the raging bush fires, there isn’t a question that the country is one of the most beautiful ones in the world. Mountaineering is one of the most common adventure activities that one can indulge in, provided that it is done with all the precautions. Given that Australia does have a varying range of landscapes around, it isn’t a surprise at all that the mountains are quite a popular one among them. When we are talking about Australian climbs, the most striking feature about this that stands out is the variety of things. It isn’t just the plain snow-clad mountains but there are several varieties including the granite slabs and even the red sandstone routes that make for an amazing experience in itself where people can go for mountaineering in Australia.

5 Places For Mountaineering In Australia

Whether you are a local who wants to explore your own country or even a tourist who wants to embark on an adventurous expedition, Australia does have a little bit of something for every single person. Some of the best spots for mountaineering in Australia include: 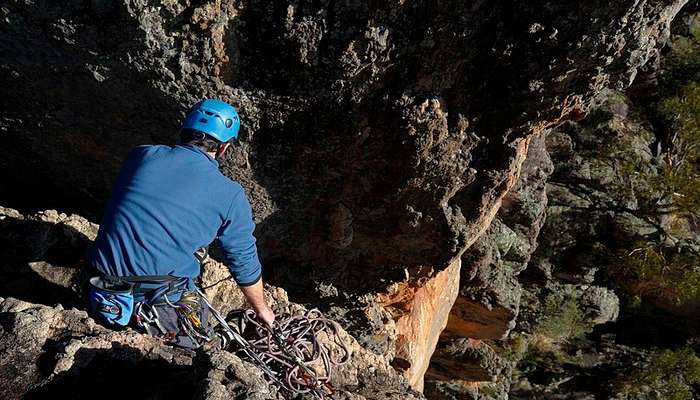 The majority of the people who think or know about mountaineering in Australia tend to recommend this the most. The reason why it is such a popular one is because of the number of climbing trails it has. Even though the mountain is considerably small, it does have over 2000 climbing spots, making it quite an amazing and versatile option to look into. Owing to the trails being tough to master, it isn’t a climb for the beginners but the experienced one. The top of the cliff offers breathtaking views consisting of the Mitre Lake and the magnificent Victorian outback. The mountain is quite busy the entire year around because mountaineers come from across the globe. It is also best suggested to avoid the time during Easter because it even experiences queues.

Location: Victoria
How to reach: Drive down to the Centenary Park and then climb up the mountain

Must Read: Shopping In Australia: The Answer To What And Where To Buy During Your 2022 Tour Down Under! 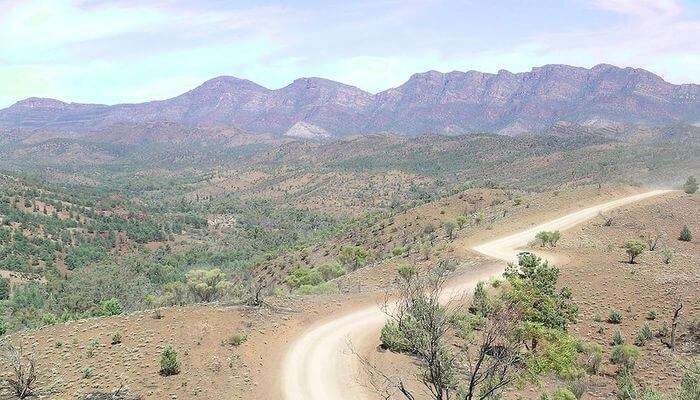 If you want a panoramic view expanding over the beauty of the country, you have got to climb to the top of the Wilpena Pounds. The view itself from 3000 ft is worth every last bit of the hard work and the adrenaline rush that you put into it. The combination of the natural rock amphitheater, and the beautiful sight of the Flinders Ranges National Park is something that you just can’t miss out on. This spot has been one of the most popular mountaineering spots since the year 1945 and is one of the most-visited adventure sites in Southern Australia. If you are looking for the best routes for climbing to the top, Moonarie is undoubtedly one of the best. The view from the top is something words fall short to explain, something that you can only experience being at the top.

Location: Southern Australia
How to reach: Drive down to Moonarie and then climb up to the top

Suggested Read: Make Your Honeymoon In Australia 2022 A Dreamy Affair With This Detailed Guide 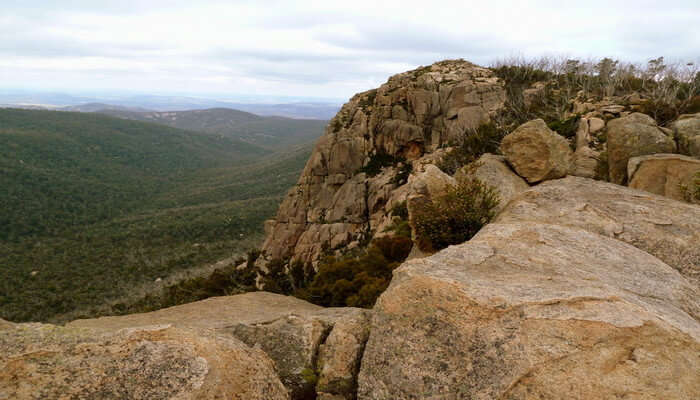 Next on the list of the best spots to climb in Australia has to have Booroomba. The Australian capital, Canberra does have a wide range of granite slabs around that make climbs worth the while and very adventurous as well. Booroomba is one of the most popular ones in the lot. The best thing about this trail is the fact that it does have several trails and paths that you can track and climb as per your wish and liking. The top of the mountain offers some of the most breathtaking views of the capital city which is mind-boggling and too good to be true. If you are planning on visiting, try to avoid the peak summer months because the weather can get pretty hot and humid, one that is just not worth the time and the hike.

Location: Canberra
How to reach: Drive up to Namadgi National Park and climb up from there

Suggested Read: Gold Coast In Winter In 2022: To Travel This Glorious Australian City With Your Loved Ones! 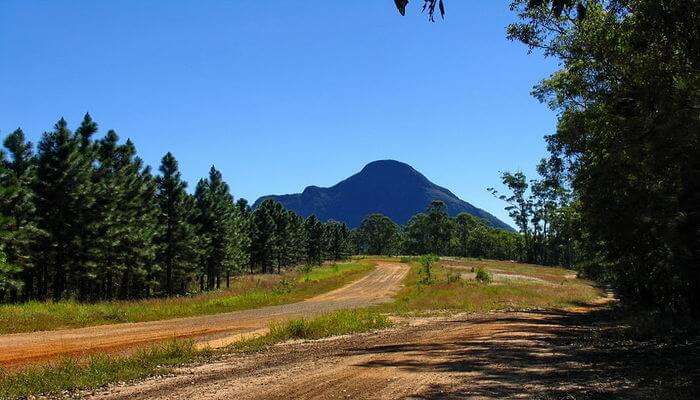 Located in the Sunshine Coast in Queensland, the Glass House Mountains make up for yet another amazing experience that you just can’t match with anything else. These mountains are a very popular site of adventure for beginners who are just starting with their mountaineering journey. The climb is pretty simple but the view it offers is definitely out of this world. The majority of the people believe that these mountains are the birthplace of the Australian technical climbing summit that happened around in the 1800s. The trails along Tibrogargan and Beerwah offer easy routes and climbs that aren’t too rough and jagged. There are also several well established and travelled routes that you can further explore around. Make sure that you check with the locals because the route from Beerwah is sometimes restricted around.

Location: Queensland
How to reach: Drive up to the Beerburrum State Forest and then start your ascent

Suggested Read: Top 10 Perth Beaches Not To Be Missed Out On Your Vacation To Australia 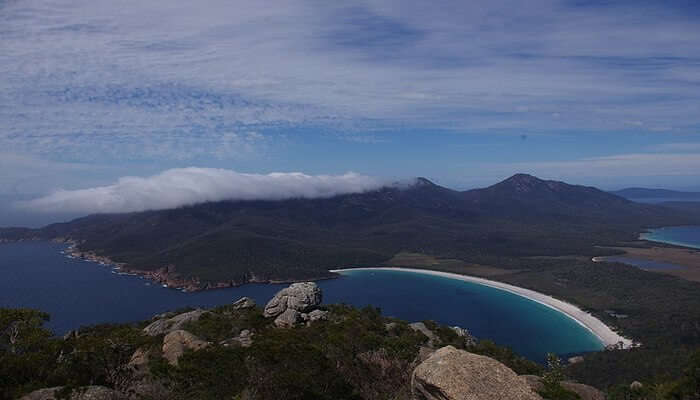 The Freycinet Peninsula is yet another popular climb in Australia that is suited for beginners as well as experienced professionals who have been doing this for quite some time now. This accounts for one of the very few coastal climbs in Australia but the view through the trails and from the top is something that you can only experience once you are there. The most common thing about this trail that attracts the attention of the mountaineers is how sparsely populated the trail is. Some of the popular attractions along the way include Cape Tourville, White Water Wall as well as The Nuggets, further making this worth the while experience like no other. The climb around Bluestone Bay is the most popular of the lot because of the less jagged routes. The pink granite remnants are also worth mentioning because of how beautiful they look.

Location: Tasmania
How to reach: Take the route through the Tasman Bridge up to Sorrell and keep driving till you reach the Freycinet junction

Suggested Read: 14 Crafty Things To Buy In Australia That You Must Not Return Without

Best Time For Mountaineering In Australia 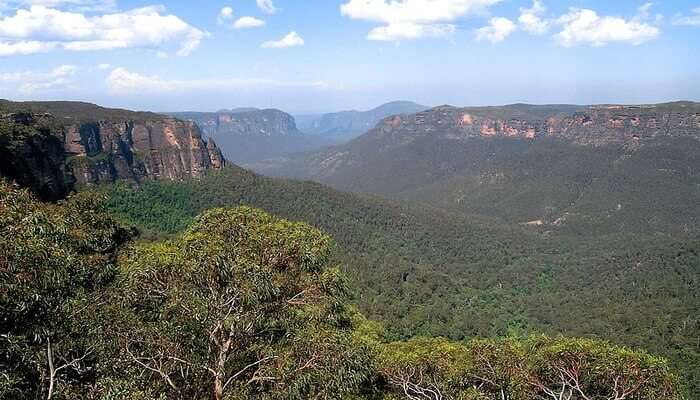 Unlike the typical mountaineering adventures that you have heard of in the snow-clad mountains, the same isn’t the case in Australia. It has jagged rocks and granite formations that makeup through the path of the mountains. باصرة

If you are planning for a mountaineering expedition to the top of the mountains in Australia, you should avoid the hot scorching months because the heat is not pleasant at all. It is best to either opt for the late spring or early autumn months for the hike.

Suggested Read: 15 Reasons Why Spending Winter In Australia 2022 Is Better Than Being Anywhere Else!

Mountaineering in Australia is a lot different than doing so in the rest of the world. The mountains are peaked with a lot of jagged rock formations and volcanic remnants, so you need to plan your trip accordingly.

Some of the important insights to keep in mind include:

Suggested Read: Canyoning In Queenstown: A Handy Guide To Have An Amazing Time In Australia!

The mountaineering expeditions in Australia can often be done within a day. This is the reason why you don’t need to go overboard with the packing. Some of the essentials include:

Suggested Read: 10 Most Popular Places For Canyoning In Australia In The Summer Of 2022

Permits Required For Mountaineering In Australia

Lastly, permits aren’t that mandatory or required around Australia. If you want, just carry your ID proof to show at the checkpoints to get through easily without any issues.

Mountaineering in Australia is a very different experience, unlike other places that you embark on. If you are planning on a trip, make sure that you get all the necessary details first and then plan the trip accordingly. It is always best that you travel in groups for lesser chances of risks. But, even that is not mandatory.

Are you excited already? If yes, then make sure to enjoy a great time exploring the adventurous trails of Australia like never before. These rough trails are ready to welcome all the adventure junkies to witness the raw beauty of the continent. So if you’re planning a vacation in Australia anytime soon, make sure to not miss the chance to go for mountaineering in Australia.

Which part of Australia has the most mountains?

When it comes to the part of Australia that has the maximum mountain ranges, New South Wales and the Victorian Alps most definitely take that crown away. سبورت ٨٨٨ There are several that separate through the central lowlands from the eastern highlands.

Does Australia have part of the Alps?

The Australian Alps is the highest mountain range in the country. Located in southern Australia, it covers several other locations including eastern Victoria, southeastern New South Wales as well. لعبة قمار للايفون

Are there snowy mountains in Australia?

The Snowy Mountains are a part of the Australian Alps and is located in southeastern New South Wales and have peaks that exceed a height of 7000 feet as well.

Which mountain range in Australia is the longest?

The Great Dividing Range is considered the longest mountain range around in Australia. It extends on for 2175 pretty amazing miles.

Which kinds of animals are spotted in the Australian Alps?

There are not many animals that you will find around the Australian Alps, some of the most common ones being Common Wombat, Red-necked Wallaby and even the Eastern Grey Kangaroo.

When does it snow in Australia?

The snowfall in Australia is not that thick. It mainly covers around the spots in Tasmania and the Australian Alps, making this an enthralling experience in itself.

What is the best time for mountaineering in Australia?

Since most of the mountaineering spots aren’t snow-clad, it can get pretty hot if you climb in the summer. Visiting during the late spring and early autumn is what is considered the best time.

Is it possible for beginners to climb mountains in Australia?

Australia has a varying number of peaks, some that are suitable just for beginners. The trails in these are pretty simple and don’t include ragged structures around.